Hollywood hunks were on display at the 2011 MTV Movie Awards — and we aren’t complaining! From Twilight hotties Robert Pattinson and Taylor Lautner to Ryan Reynolds and Josh Duhamel, check out the hunk highlights from last night’s awards show. Ready to drool?

The 2011 MTV Movie Awards had it all — movie stars, raunchy jokes (thanks to host Jason Sudeikis), man-on-man kissing (Robert Pattinson and Taylor Lautner) and plenty of hunks to drool over.

Twilight hotties Robert Pattinson and Taylor Lautner not only picked up multiple awards for The Twilight Saga: Eclipse, but they also kissed! After winning the award for the third year in a row, Pattinson said: “I just think there’s someone else in the audience who I think will appreciate it a little more.” He went over to Lautner and gave him a big ol’ smooch!

Take a look at the photo below and tell us — Team Edward or Team Jacob? 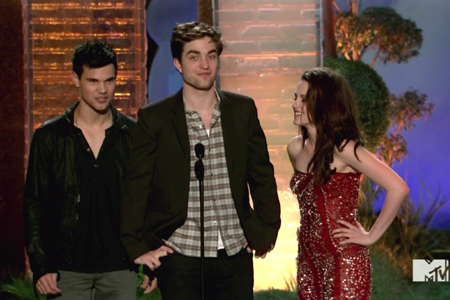 Actor Kellan Lutz, who plays the vampire Emmett, and Peter Facinelli, who plays the hot vampire dad, walked the red carpet looking h-o-t! When asked on the red carpet if he was Team Jacob or Team Edward, Facinelli said: “Rob. But I like Taylor too!” He plays Edward’s dad in the movie, so we kind of expected him to say that! 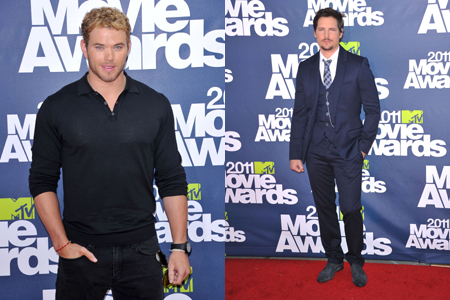 Ryan Reynolds, who is appearing in the Green Lantern, and Justin Timberlake, who had fun groping Mila Kunis onstage at the MTV Movie Awards, showed why they are considered some of the hottest guys in Hollywood. “We’re like brother and sister,” Kunis said — right before she grabbed his crotch. The two are starring in the movie Friends with Benefits — and it looks like they may be just that! 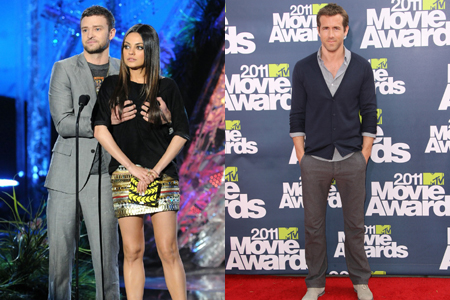 Patrick Dempsey and Josh Duhamel, who appear in the upcoming Transformers: Dark of the Moon together, left the ties at home and looked dressed down, but cool. Patrick Dempsey presented Reese Witherspoon with the Generation Award and Josh Duhamel, along with Transformers co-stars Shia LaBeouf, Rosie Huntington-Whiteley and Dempsey, presented Twilight with the Best Fight Award. 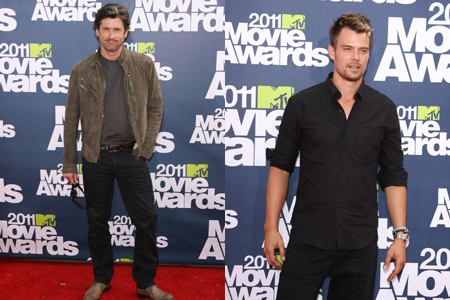 Hungry for more? Watch Whitney English from SheKnows TV on the red carpet of the MTV Movie Awards >>>

Read George R. R. Martin’s Book That Inspired House of the Dragon Before the Series Premieres