Emma Stone was a big winner at the 2011 MTV Movie Awards. Not only did she take home the golden popcorn for Best Comedic Performance in Easy A, but an exclusive clip from her new film The Help debuted during the show. Here’s your first look at Emma Stone and Allison Janney in the feature adaptation of Kathryn Stockett’s bestseller.

The Help is set in 1960s Mississippi where society is on the brink of change. The push for racial and women’s equality is brewing beneath the surface and it’s having a serious affect on Eugenia “Skeeter” Phelan (Emma Stone) and her mother Charlotte Phelan’s (Allison Janney) relationship. 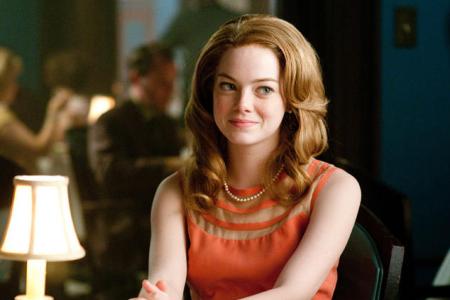 Eugenia is a young woman being pressured to settle down, get married and have children. In this clip from the film we see a conversation between her and Charlotte, where we notice their plans for the future don’t mesh. Eugenia announces that she’s just been hired for a job and her mother is ready to keel over in shock!

Coming soon! Stay with SheKnows as we premiere our coverage of our set visit for The Help!