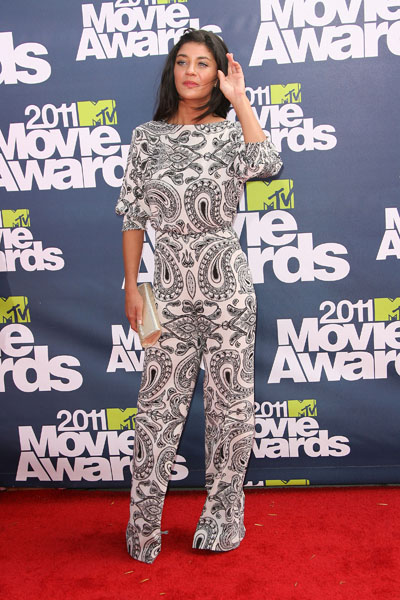 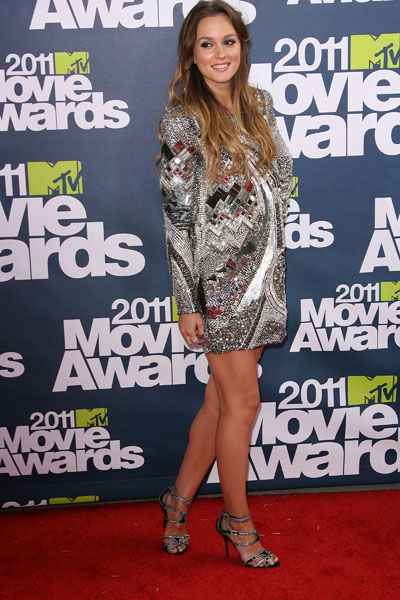 Leighton Meester snuck into Dorothy Zbornak’s closet and stole her shiniest New Year’s Eve tunic! Dorothy would wear it with pants like a lady, though. Looks like Leighton is more a Blanche DuBois kind of gal. 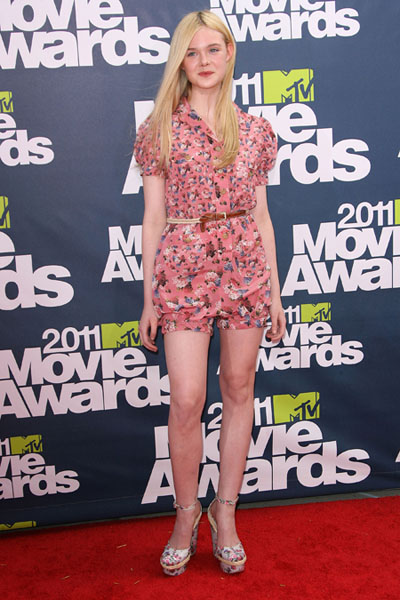 Stay tuned for our very own Joel Amos and his exclusive video Q&A with Elle on June 7! 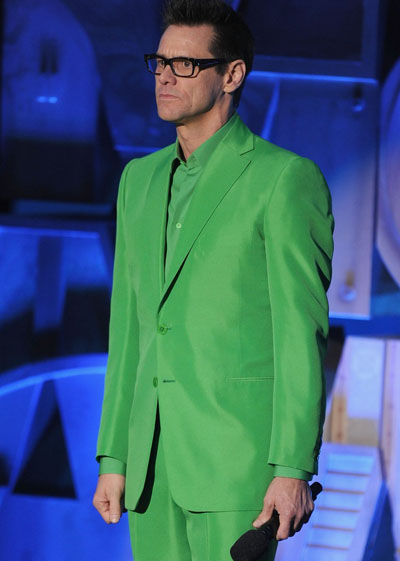 Coolest. Suit. Ever. Do you have a suit that plays videos of dogs doing it? Didn’t think so. Jim Carrey is cooler than you. The funny man’s outfit was one giant green screen onto which super cool images were superimposed, including bubbles and two dogs making puppies. 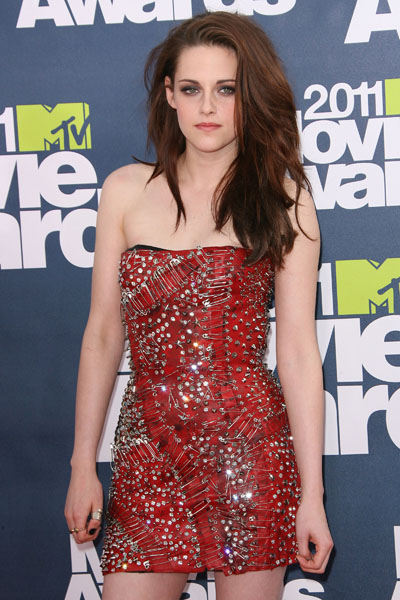 This is truly the first awards show that Kristen Stewart hasn’t looked like she wanted to dig her eyeballs out with a spoon rather than be there. Maybe it has something to do with her outfit — this amazing rocker chic red mini dress studded with silver studs and safety pins and I-don’t-care hair. We could’ve done without the sneakers, but is that even the hint of a smile we see? 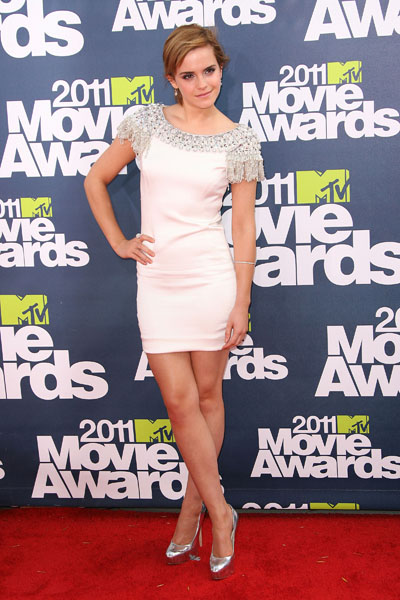 Pure perfection, as always. Emma Watson rocked this white mini with silver pumps and a swept-back ‘do disguising that awkward growing-back stage. The heavily tassled silver shoulders of that getup could have easily overpowered the look, but Emma pulled it off beautifully. 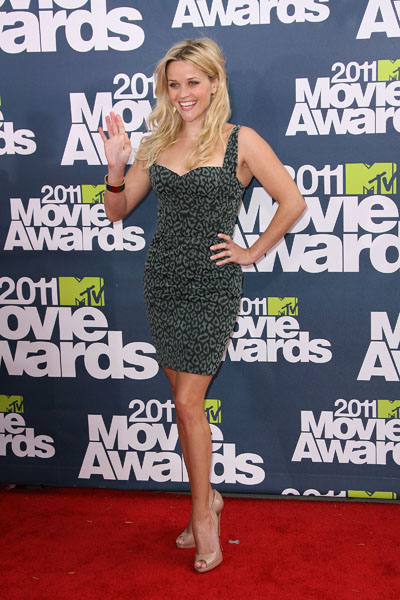 Prim and proper Reese Witherspoon couldn’t make the awards, so she sent her naughty lesser-known twin sister instead, right? Normally nice girl Reese showed off her sassy side with this black and gray leopard-print skin-tight mini dress and freshly laid hair while dropping dirty jokes and f-bombs on stage.

See our own Whitney English live on the red carpet!