Britney Spears is still crazy and shouldn’t be forced to testify in a $10 million fragrance lawsuit, her lawyers say. 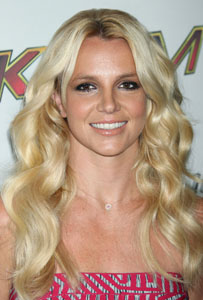 Britney Spears seems to have come a long way in the last couple of years, but our girl is still under a conservatorship for a very good reason. Her lawyers would like a judge to remember that before she is forced to give a deposition in a $10 million fragrance lawsuit against her.

Brand Sense Partners is suing Britney Spears for $10 million, claiming they were cut out of a lucrative fragrance deal the star made with Elizabeth Arden.

The marketing company wants to take Britney’s deposition in the case, but her legal eagles are refusing. Why? They argue that since she is under a conservatorship she can’t be forced to testify without the approval of attorneys for that conservatorship.

Britney was placed under the conservatorship — of which her father Jamie Spears is the head — in 2008 after basically losing her marbles. Although the conservatorship is meant to be temporary, there are no signs of it ending despite rumors of that very thing happening several times.