Blake Lively claims recently released nude photographs aren’t her, but a man who knows celebrity sex scandals says it was Blake, not a hacker, who released the naked photos. 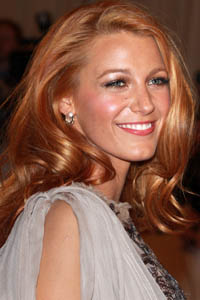 It’s been a busy week for Blake Lively, what with the release of two sets of nude photos she swears aren’t of her and being spotted all over Cannes with newly-single Leonard DiCaprio. It’s like the best of times (Leo) and the worst of times (nude pictures) at the same time.

Now Girls Gone Wild creator Joe Francis is claiming that not only is that the Gossip Girl actress in those sexy self-portraits, but a hacker didn’t release them — Lively did.

“I would say 90 percent it’s an orchestrated attempt or act on her part” to increase her fame, Francis says. “I’m not sure, but my inclination is that it’s coming from her. She knows what she’s doing or someone in her camp does.”

While interest in the possible photos of Lively is huge, it’s not like she was a starlet struggling in obscurity. In addition to her Gossip Girl celebrity, she won acclaim for her role opposite Ben Affleck in The Town and is getting plenty of the limelight while being squired about by DiCaprio.

Francis argues the nude photos make Lively more “desirable” to the public by elevating her to the status of sex symbol, but at what cost? Surely, the camera-shy DiCaprio wouldn’t want any more attention brought on what looks to be their growing relationship than there already is.

On the other hand, it worked for Kim Kardashian and Paris Hilton, whose celebrity sex tapes propelled them into infamy.

As far as Lively’s sexy photo scandal, how it’ll pan out remains to be seen.