This Sunday’s 2011 MTV Movie Awards are ready to rock! The Foo Fighters, Lupe Fiasco and Trey Songz are set to perform. A host of A-listers are set to present. And with the wizards and vamps duking it out for the coveted Golden Popcorns, there will also be sneak peeks of Twilight Saga: Breaking Dawn and Harry Potter and the Deathly Hallows: Part 2!

Amid all the awards, wardrobe malfunctions and speeches on Sunday, the Foo Fighters will take the stage to perform their new single, Walk. MTV suggests it will be a “head-banging performance,” but take a look and listen: The cool Walk video inspires more of a head bounce than bang. 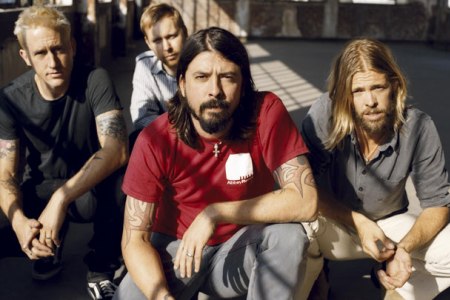 Lupe Fiasco and R&B sensation Trey Songz will also take the stage to debut their collaborative single Out of My Head. Lupe Fiasco will get the audience out of their seats with a performance of The Show Goes On.

Since The Twilight Saga: Eclipse nabbed the most MTV Movie Award noms this year, it’s no surprise Robert Pattinson, Kristen Stewart and Taylor Lautner will be on hand as presenters this weekend. Perhaps even more exciting for Twi-hards, however, is news of the two Breaking Dawn sneak peeks coming to MTV: In addition to a scene premiering during the show, there’s going to be another teaser during the red-carpet pre-show. 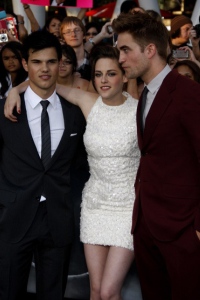 “Is it possible that there was a butterfly involved? Did I give it away? Or I might have just hallucinated that,” Elizabeth Reaser (Esme) teased via MTV. “I would assume that there would be some lavender involved — lavender and or purple — however you want to describe that. And it is the most coveted invite in town.”

The 20th annual MTV Movie Awards will air live this Sunday, June 5, at 9 p.m. from the Gibson Amphitheatre. The pre-show starts at 7:30 p.m.

You can get the full list of nominees and cast your vote at the MTV Movie Awards website. Voting is open in all categories through Saturday, June 4, with Best Movie remaining open until the final moments of the awards show.