Dr. Jack Kevorkian, whose life work was trumpeting the right of terminally ill patients to choose to end their lives through assisted suicide, has died. He was 83. 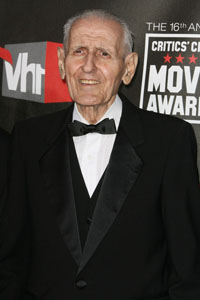 Kevorkian, a tireless crusader for the right of terminally ill patients to end their own lives, passed away in a Michigan hospital where he had been admitted two weeks ago for kidney and heart problems.

The controversial doctor aided in the assisted suicides of at least 130 people. He was convicted of second degree murder in 1999 and sentenced to 10-25 years in prison but was released in 2007.

An HBO movie about the doctor’s life, You Don’t Know Jack, won Al Pacino an Emmy and a Golden Globe for his portrayal of Jack Kevorkian.

So did the doc off himself in the hospital? No, says his lawyer — but only because he was too weak to do so.

“I think had he been able to go home, Jack would have not allowed himself to go back to the hospital,” said Kevorkian’s longtime lawyer Geoffrey Fieger.

“The circumstances were such that he was so weak he could not get out of the hospital, he was primarily sleeping most of the time.”

Because of Kevorkian’s work lobbying for changes in what he called archaic laws, doctor-assisted suicide for terminally ill patients is now legal in Oregon, Montana and Washington.