Did Pink finally have her baby? The singer posted a mysterious message on Twitter leading some fans to think she did! 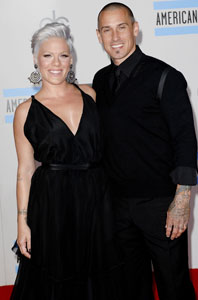 It seems like poor pop star Pink has been pregnant forever by now — and like most women in the last weeks of their pregnancies, she probably feels much the same way — but is the expectant mama’s long wait finally at an end?

If we’re to judge by a cryptic message Pink posted on Twitter Wednesday night, it sure sounds like it!

That one single tweet inspired a flurry of messages from fans, all wanting to know if the star — who is married to motocross legend Carey Hart — had given birth.

Since that message, however, total radio silence from Pink.

Keep checking SheKnows to find out if Pink had her baby!

read on for more pink