Chelsea Handler might be done with her E! comedy show Chelsea Lately after her contract is up. What does she want to do next? 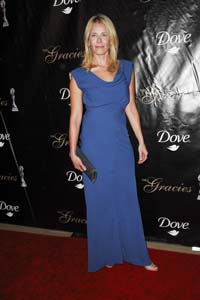 Chelsea Handler became a household name in recent years, largely thanks to her E! show Chelsea Lately. Now, Handler’s rethinking her role on the network.

“I want to do something that’s going to utilize my brain a little more than this show,” Handler told The Hollywood Reporter in a new cover story. “If Lately is the show that I’m going to do, it’s going to change. But it may turn out that I’m done with it altogether. I can’t keep doing the same thing; my brain is bleeding. I want to do something that’s more mindful and isn’t celebrity-centered. I’m not looking to totally bail on E! They’ve done a lot for me, and I like it here… if you take away the Kardashians.”

Handler’s contract goes through the end of 2012, so she won’t be going anywhere soon. Still, she says she’s tired of the vapid nature of reality entertainment.

“People are too P.C.,” she recently said in a New York Times interview. “We need to be focusing on other things. We’re seeking out such grossness in human behavior and want such mindless entertainment. The Real Housewives of Atlanta and some of these other shows are more racist. Or 16 and Pregnant. Getting rewarded for being pregnant when you’re a teenager? Are you serious? I mean, that makes me want to kill somebody.”

“I want to do something people aren’t expecting from me,” she said. “I want to educate people and deliver news that isn’t just surrounded by Charlie Sheen. I’d like to be able to do the serious stuff in conjunction with the comedy. I’d like to make an impact and have more responsibility than I do now.”

We think Handler would do amazing with her own Roseanne-esque sitcom or roles in films, as long as she takes the adorable Chuy with her. Just don’t cast her alongside Angelina Jolie.

What do you think Chelsea Handler should do next?