Lindsay Lohan is under house arrest, but on Monday her ankle bracelet was triggered. Did Lohan slip? We’ve got her rep’s word on the incident. 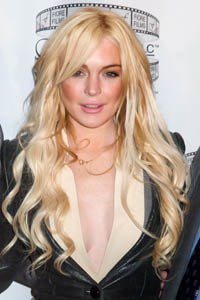 On Monday, Lindsay Lohan, who’s under house arrest at her home in Venice, California, for her latest legal troubles, found probation officers on her front doorstep. As it turned out, her electronic monitoring bracelet, which indicates whether or not Lohan is staying housebound, went off. So, did Lohan break the rules yet again?

No way, Lohan’s rep tells SheKnows.com. “Lindsay’s electronic monitoring system went off on Monday,” her rep informed us. “When a representative from the monitoring company went to her home, the representative found Lindsay there. The equipment was replaced the following day.”

Lohan didn’t leave the premises. It was merely a technical malfunction. That’s good because Lohan’s had enough trouble with the law already.

“It looks like it’s been resolved,” a source from the Probation Department says, although the matter has not been formally closed yet.

How much longer does Lohan have to stay at her house? Lohan was outfitted with the not-so-sexy device on May 26, and she is expected to wear it for 14 to 35 days.

In February, Lohan was charged with stealing a $2,500 necklace, a charge to which she pleaded not guilty. Her probation was revoked, and she was released on bond. In April, the felony charge was reduced to a misdemeanor, and she was sentenced to 120 days in prison and 480 hours of community service. Due to jail overcrowding, Lohan is doing time at home.

Do you think Lindsay will stay out of trouble?