The hacker who claims to have Blake Lively nude photos is in a huff after a rep for the actress denied the naked pics are the real deal. In retaliation, 17 more photos, along with a message from the hacker, have been released. 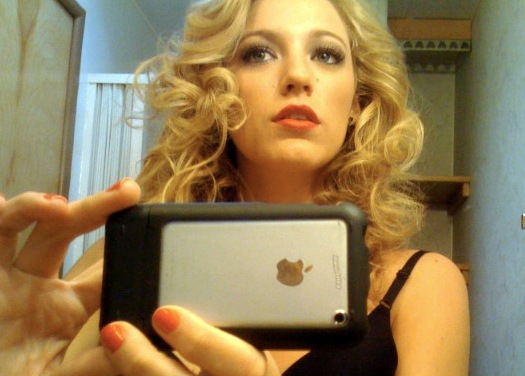 In response to the original set of photos, Blake Lively’s rep said, “The photos of Blake Lively which have just surfaced on various websites including Perez Hilton and Zap2it.com are 100 percent FAKE. Blake has never taken nude photos of herself. Blake will pursue legal action against the publication which initially published these photographs and any other outlets that republish them in any manner.”

Goodness, that certainly does look like Blake Lively, doesn’t it? However, the nude photos in question either don’t have the person’s face in them or they’re very blurry and/or show tattoos. Unless Blake has paid a recent visit to the tattoo parlor, we’re calling these photos fakes!

Looks like the Blake Lively nude photos are a case of bait (with what looks like a real pic of the actress) and switch (to photos of some other chick who forgot her clothes).

Do you believe the Blake Lively nude photos are real?