Gavin Rossdale has landed a guest-starring role on Burn Notice. 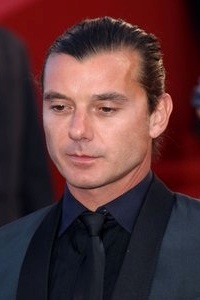 According to Entertainment Weekly, Gavin Rossdale is trading in his microphone for a script — for the moment at least. The lead singer of the band Bush is guest-starring on an upcoming episode of the hit USA show Burn Notice.

Gwen Stefani’s husband will hit the small screen as a rich and powerful villain named Armand who has “a hand in atrocious projects across the globe.” A jet-setter with a dark side — sounds intriguing.

According to Entertainment Weekly, “Fiona (Gabrielle Anwar) asks Armand for help, but in return she must help him with a big heist job.” Sounds like a scandal is brewing, doesn’t it?

Gavin Rossdale will also share the episode with David Dayan Fisher, who also appears from time-to-time on NCIS. Fisher will play a not-so-nice mercenary. This sure sounds like an episode for bad boys, doesn’t it?

The reports are saying we can look for Gavin Rossdale and David Dayan Fisher to hit Burn Notice during the eighth episode of season five.

Burn Notice makes its return on Thursday, June 23 on USA.

Do you think Gavin Rossdale is going to make a good villain or should he stick to singing? Tell us your thoughts, we want to know.