The Real Housewives of Vancouver has been given the green light! Our neighbors north of the border are set to be invaded by the Real Housewives series for a show airing in the 2011-12 season, but it looks like your stateside eyes won’t get a chance to watch. 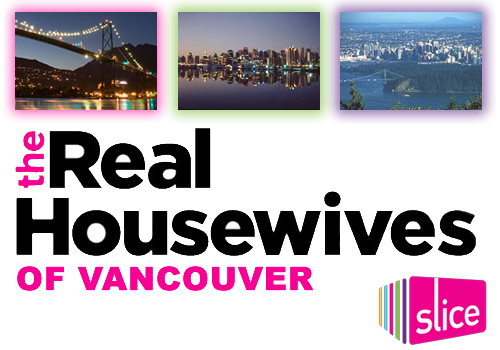 Slice, the Canadian equivalent of the female-targeted Lifetime, has ordered up a set of Real Housewives of Vancouver shows. The U.S. version of the show has previously featured Orange County, New York City, Atlanta, New Jersey, Beverly Hills, Washington D.C. and Miami.

So just where will the as of yet unnamed cast of the Real Housewives of Vancouver be spending their loonies? Homorazzi gossips, “Judging by the size of the houses and bank accounts, my guess is that Lark Productions will be filming the series in West Vancouver or Shaughnessy with lunch dates and outings downtown.”

As for the cast, The Province suggests, “For the wife of the sports star, how about Trevor Linden’s wife and Basquiat boutique owner Cristina Linden? The woman married to the sports franchise owner box could be ticked by signing on Canucks owner Francesco Aquilini’s wife Tali’ah. The society doyenne with a knack for charity fundraising role could belong to Army and Navy heiress Jacqui Cohen. And finally Vancouver Board of Trade chair and CEO of Century Plaza Hotel and Absolute Spa Group Wendy Lisogar-Cocchia fits the powerful career woman profile nicely.”

Would you be interested in watching the Real Housewives of Vancouver?