With the MTV Movie Awards set for this Sunday, Twi-hards are hoping to see The Twilight Saga: Eclipse sweep the show and take home awards in eight categories. Inception and Harry Potter and the Deathly Hallows: Part 1 are also in the game, while Justin Bieber is hoping to take home his first “Golden Popcorn.” Get in there to vote for your faves before it’s too late! 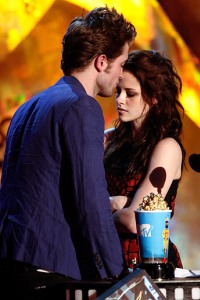 Fans have been casting their votes for the 20th anniversary MTV Movie Awards since the nominees dropped May 3, 2011 and this Sunday, June 5, we’ll find out who earned the most love.

The Twilight Saga: Eclipse is poised to take as many as eight MTV Awards this year, but Inception, Harry Potter and the Deathly Hallows: Part 1, Black Swan and The Social Network have eyes on a few of those, including Best Picture.

Kristen Stewart is looking at what could be her third Best Female Performance win, having nabbed the honor the last two years. She’ll have to take down Emma Stone (Easy A), Emma Watson (Deathly Hallows: Part 1), Jennifer Aniston (Just Go With It) and Natalie Portman (Black Swan) to get it again.

K-Stew is also looking to take home Best Kiss again, if not with Robert Pattinson for another three-peat, then with her other Twilight man, Taylor Lautner. Natalie Portman and Mila Kunis (Black Swan) may be tough to beat, however. Ellen Page and Joseph Gordon-Levitt (Inception) and Emma Watson and Daniel Radcliffe (Deathly Hallows: Part 1) are also contenders.

In Best Male Performance category, Twi-hunks Lautner and R-Patz are up against Daniel Radcliffe (Deathly Hallows: Part 1), Jesse Eisenberg (The Social Network) and Zac Efron (Charlie St. Cloud). Efron and Pattinson have each taken this one before.

Two folks who don’t have to worry about the Twilight sweep are Justin Bieber and Water for Elephants star Reese Witherspoon. While little Biebs is hoping to land his first movie nod for the Best Jaw-Dropping Moment in his biopic Never Say Never, veteran actress Witherspoon has already been tapped to receive the MTV Generation Award. 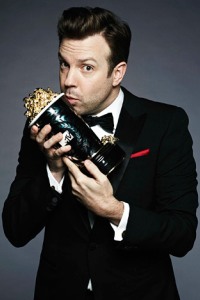 There’s been surprisingly little hype about this being the MTV Movie Awards’ momentous 20th annual event, but SheKnows imagines there will be a little extra pomp to the big event this Sunday and we will be there live.

The night is all about movies, but this is MTV, so viewers can also expect to rock out. One of the biggest rock bands in the world, the Foo Fighters, will perform their latest single, Walk, and Lupe Fiasco and Trey Songz will perform their new collab single, Out of My Head. Lupe will also perform his single The Show Goes On.

No official word on whether J. Lo and Les Grossman (aka Tom Cruise) will return, but MTV is teasing some big surprises.

The 20th annual MTV Movie Awards will air live this Sunday, June 5, at 9 p.m. from the Gibson Amphitheatre. You can get the full list of nominees and cast your vote at MovieAwards.MTV.com. Voting is open in all categories through June 4, with Best Movie remaining open until the final moments of the awards show.