Shaquille O’Neal announced his retirement from basketball not by holding a press conference, but by posting a short video on Twitter. Watch Shaq break his big retirement news right here! 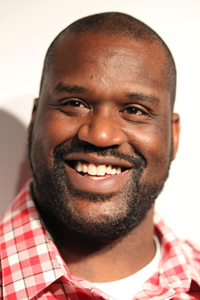 After 19 seasons in the NBA, the 15-time All-Star and four-time NBA champion Shaquille O’Neal is retiring.

Shaq, who at 39 is the oldest NBA player, tweeted a link to a video with the words “I’m retiring” and the hashtag #shaqretires.

“We did it. Nineteen years baby,” Shaq says in the video. “I want to thank you very much, that’s why I’m telling you first, I’m about to retire. Love you, talk to you soon.”

Shaq signed a two-year contract with the Boston Celtics, however, ESPN is reporting he has not told the team of his plans.

His career is full of highs, however, his last season with the Celtics has been plagued with injuries, including an Achilles injury.

“I didn’t want to let people down two years in a row. I didn’t want to hold Boston hostage again,” Shaq told ESPN. “I’m letting everybody know now so Danny (Ainge) and the organization can try to get younger talent. I would love to come back, but they say once the Achilles is damaged it’s never the same. I don’t want to take that chance.”

He goes on to say that these last few months have been difficult. “I just hated to let the city of Boston down. I really grew to love the place. Everyone was so welcoming to me and treated me so great. They believed in me and they took care of me, especially the great people of Sudbury. I love that town.”

Phoenix Suns’ Steve Nash tweeted the question we are all wondering: “Congratulations @SHAQ on your quadruple platinum hall of fame career. I know you’re not riding off into the sunset… what’s next?”