The Internet is abuzz with news that Patrick Dempsey may be leaving behind Grey’s Anatomy, Derek “McDreamy” Shepherd and Meredith. The word came directly from the actor himself, who said next season is “gonna be my last.” Now his rep seems to be backpedaling. Dempsey and onscreen wife Ellen Pompeo’s contracts are both up. The other original castmembers Sandra Oh, Justin Chambers, Chandra Wilson and James Pickens Jr. should be in the same boat, but the docs have at least one last year at Seattle Grace in them. 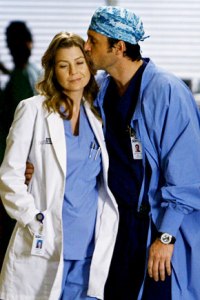 “I do not know what’s going to happen to the other characters, but for me it’s done,” Patrick Dempsey revealed in an interview with Italian Vanity Fair. He adds that leaving Grey’s Anatomy would be “bittersweet, because it’s been a great part of my life. But I can’t see me doing it anymore.”

Once that bombshell hit, Dempsey’s rep jumped in with a statement clarifying, “He was referring to the fact that his contract is up at the end of next season and we have no idea what the future holds.”

The season eight exit for Dempsey does, however, gel with what head scribe Shonda Rhimes said just a few weeks ago. In an interview with TV Line, Rhimes revealed the Grey’s Anatomy finale fireworks were setting up big exits coming in the 2012 season.

First, however, she plans on having some fun with the remaining original castmembers next year, in season eight. 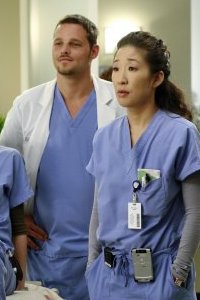 When throwing a wrench in Derek and Meredith’s marital bliss and Cristina and Alex’s romances in the season seven Grey’s Anatomy finale last month, Shonda Rhimes maintains she didn’t worry about the fan fury that might arise.

“I was busy thinking about setting us up for next season, which might be the final season for [the remaining original castmembers],” she explained. “I wanted to spend next season doing nothing but telling stories about the originals, and I felt like in order to do that, we wanted to put everybody in a place where the focus was squarely on Meredith and Derek, Cristina, Alex.”

When a show lasts this long, such exits are inevitable and in the past, Rhimes made it clear she believes the show can survive without the original players, though she has admitted she can’t quite see it yet.

Of course, with a season to go, contract negotiations and hot storylines could easily end up keeping any of them in the game, including Dempsey. In the meantime, just in case, Rhimes is planning to give fans one final blow-out year with the docs who first made us fall in love with Seattle Grace.

Stay tuned for more on this story, and if you read Italian, check out the Dempsey feature here and let us know what we missed!