Some say Kim Kardashian is pregnant. Some say she’s not. So what’s the truth? 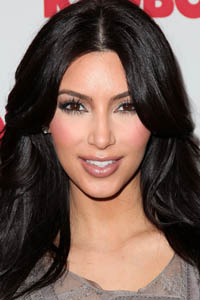 Kim Kardashian is pregnant! At least, that’s what some recent headlines would have you believe. According to various news reports, the just-engaged Kardashian is knocked up and looking at a shotgun wedding to basketball player Kris Humphries.

But is it true? A source close to Kim Kardashian tells SheKnows.com exclusively that Kim is “not pregnant.”

As for the reality TV star, she says, “This is crazy! I am NOT pregnant! Magazines can be so tricky with their wording! The inside states that one day I want a baby! But I’m not pregnant!”

Of course, Kardashian well knows that celebrities have a long history of denying stories that turn out to be true, but she says in this case, she is 100-percent not pregnant.

“I can foresee lots of crazy, made-up stories coming out in the near future and I certainly don’t have time to shut down every rumor,” she continues. “But believe that if you hear it from me, it will be true. Otherwise, don’t always believe what you read, dolls.”

Apparently, Kardashian wants to have kids as soon as possible and so does her fiance, Kris. “Her friends are even taking bets on whether it will be a boy or a girl,” a source says. That, for one, may be true down the line, but for now, it seems, a little Kim (or Kris) will have to wait a little while longer for his or her reality TV debut.