After Coachella landed headliners like Kanye West, Arcade Fire and Kings of Leon in 2011, the Indio, California music festival sold out in just a week. To make sure everyone gets in on the fun next time, Coachella 2012 will run two (hopefully) identical weekends, April 13 to 15 and April 20 to 22. 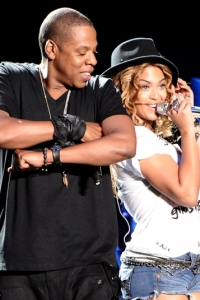 Since Pearl Jam boycotted Ticketmaster by throwing a concert back in 1993, the Empire Polo Club in Indio, California has seen the likes of Jay-Z and Beyonce, Prince, Radiohead, Beck, Cee-Lo Green, Massive Attack, the Red Hot Chili Peppers, Madonna and the Beastie Boys; as well as beloved retro acts like Rage Against the Machine, Siouxsie and the Banshees, the Cure and Oasis.

With each consecutive year, Coachella has grown and this year, 75,000 three-day passes to the Coachella Music and Arts Festival sold out before most fans could even think about getting their tickets.

With no word yet on 2012’s lineup, organizers have a new plan for next year’s fest. They’re planning two separate weekends in April 2012, hoping each will offer the “same lineup, same art, same place, different people.”

“We will attempt to produce two identical festival weekends,” the festival site explains. “We know many of you were unable to attend this year’s festival because passes sold out much sooner than anticipated. We were truly surprised by the overwhelming response and remain honored by your passion and enthusiasm. We also know some of you purchased through non legitimate sources and were inconvenienced, gouged or totally scammed. We hope that these changes will give everyone the opportunity to purchase directly from Coachella.com.”

Some fear two identical festival weekends can’t happen, as performers won’t want to stick around Southern California after that first April 13 weekend. In the past, however, Coachella performers have had a tendency to schedule “surprise” shows in the area anyway, so SheKnows doesn’t imagine it’s as big a hurdle as some critics have suggested. It just means Los Angeles and San Diego locals might get to add a fun midweek show to the calendar!