For anyone who has adored horses, even from afar, Buck has landed to enlighten your summer. Buck is a real-life horse whisperer and his magic with the gentle giants is only matched by the majesty of his story as captured in the film Buck and we have an exclusive clip!

Buck Brannaman is an American cowboy who has a way with horses and the people who work with them and adore the charismatic creatures. The film Buck captures his journey for nine months as he traverses the U.S. working with horses that have “people problems.” Buck stresses that most often it is not the animal that is the problem in each situation, but those who oversee the gallant gallopers. 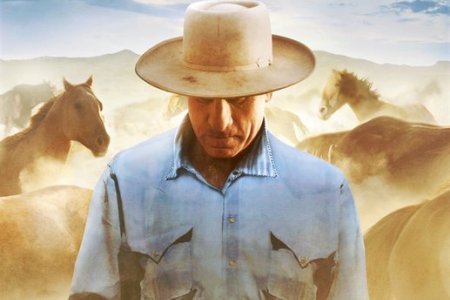 “Your horse is a mirror to your soul, and sometimes you may not like what you see. Sometimes, you will,” Brannaman has said. The film Buck is visually mesmerizing and takes audiences inside the world he inhabits. It is a life that many are curious about, but it’s rarely seen.

In a summer movie season inhabited by larger-than-life film heroes, Buck is the real deal. He finds success where others only discover failure. Buck connects people with their animals, not the other way around. That is a key point in Buck’s world. Buck espouses that effectively working with a horse is a metaphor to navigating life.

It is with great pleasure and honor that SheKnows presents an exclusive clip from Buck, a story to treasure and behold. Don’t miss Buck when it lands in theaters June 17.