The Voice locked in its top 16. Meet the teams that will go head-to-head in the live rounds beginning June 7.

We’ve watched The Voice competitors battle it out week after week during the blind auditions and the battle rounds — now it’s time for the live shows. 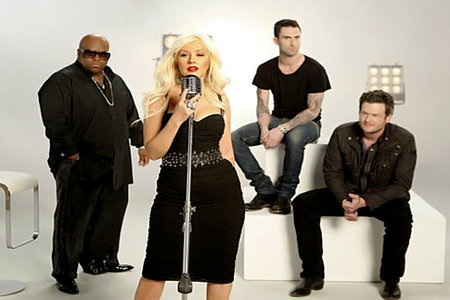 The top 16 contestants going into the live performance rounds are finally set and the coaches have their teams of four. Up for grabs? A $100,000 recording contract and the coaches’ right to say: “I discovered the voice.” With the amount of talent we’ve been seeing each week, there is no doubt that someone is going to be discovered.

Christina Aguilera, Cee Lo Green, Blake Shelton and Adam Levine make up The Voice’s celebrity coaching staff, with each coach having four contestants left in the game. They’ve been narrowing their teams of eight down for the past four weeks.

We have two early picks in the bunch which happen to be rocker-chick Beverly McClellan and sweet-sounding Javier Colon. Do you agree with our picks? Check out the teams below and tell us your early favorites.