Naomi Campbell is furious over a Cadbury chocolate ad she says references her in a racist way. 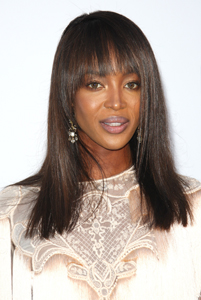 It’s a decadent ad: A bar of chocolate lying on a bed of diamonds. The text reads: “Move over Naomi, there’s a new diva in town.”

Clever? Maybe. Racist? Naomi Campbell sure thinks so. The supermodel says it’s obvious she is the Naomi Cadbury is referencing in their new ad, and comparing a black woman to chocolate is racist.

“I am shocked,” Campbell said. “It’s upsetting to be described as chocolate, not just for me, but for all black women and black people as a race. I do not find any humor in this. It’s insulting and hurtful.”

While Naomi restrained herself from throwing her cell phone at any Cadbury execs, she did say she will exercise “every option available” to fight the candy company — especially since they refused to yank the ad.

Cadbury says the campaign was nothing more than a “light-hearted take on the social pretensions of Cadbury Dairy Milk Bliss,” but they have no plans to rerun it.

Good thing — Naomi has a history of getting a little temperamental when things don’t go her way.

read on for more naomi campbell