Lady Gaga’s Born This Way has sold 1.11 million copies in its first week out.

Lady Gaga has a laundry list of accolades that are just as special as her name. Now she gets to add Born This Way reaching the one million mark to that list. 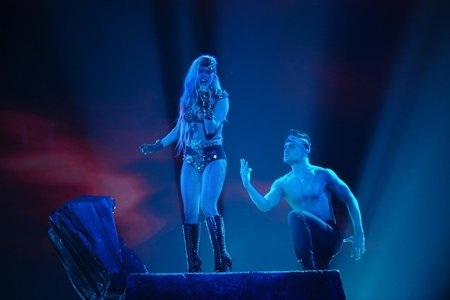 Nielsen SoundScan announced the numbers for the singer’s latest album, Born This Way, which after one week hit 1.11 million sold. Rumblings over how many copies she would end up selling in the album’s first week began long before Born This Way’s actual debut.

Lady Gaga released Born This Way on May 23 to rave reviews. Her latest single, The Edge of Glory, happens to be a personal favorite of ours. This also happens to mark the best opening week since 50 Cent hit the charts with his album The Massacre in 2005. His album sold 1,141,000.

Reaching the one million mark in one week isn’t the easiest of accomplishments. Born This Way is just the 17th album to reach one million in one week since SoundScan’s birth in 1991.

‘N Sync and their 2000 hit, No Strings Attached, hold the record with 2.42 million copies sold in its first week debut. That just brought back a whole lot of boy band memories.

Besides reaching the one million mark, Born This Way has also given fans and critics a lot to talk about. From her egg entrance at the Grammys to her in-your-face Judas video, tracks from the album have been making a lot of noise.

Did you contribute to Born This Way’s sales?