Adele has decided to postpone a few of her North American tour dates due to a nasty case of laryngitis.

According to Adele’s official website, the singer was forced to cancel a few shows last minute and has announced she will be postponing a few other dates on her North American tour due to laryngitis. 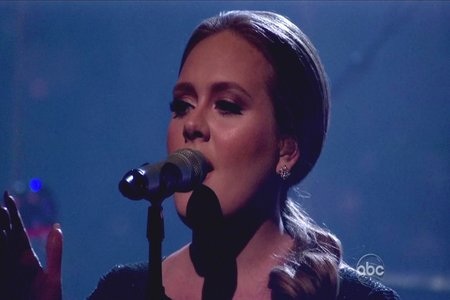 According to the website, the singer was diagnosed with laryngitis on May 26 in Minneapolis, Minnesota. Doctors put her on immediate rest and she was forced to postpone the night’s concert with it being rescheduled for June 22.

Adele tried to return to the stage the following night in Denver, Colorado, but it “proved too early,” according to the message on her website. Due to the increasing nature of the illness, Adele ended up postponing her show in Salt Lake City, Utah at the last minute as well.

Other dates on the North American tour included in the postponement are Vancouver, BC (Orpheum Theatre) on May 31, Seattle, Washington (Paramount Theatre) on June 1, and Portland, Oregon (Crystal Ballroom) on June 3. A total of five shows were postponed, but will be rescheduled.

Adele will be back in action June 4 in San Francisco. The singer has been on fire, but during a recent appearance on Dancing With the Stars her voice was giving her a challenge.

Did you have tickets to any of Adele’s postponed shows?