NBC scored a pretty sweet spot for The Voice‘s February kick-off — post-Super Bowl! We know, the show has just begun and we’re already chatting about its future.

When you’re done watching the Super Bowl in February, get ready for some singing! NBC announced it will air the hit singing competition, The Voice, based solely on the, well, voice, following the Super Bowl. 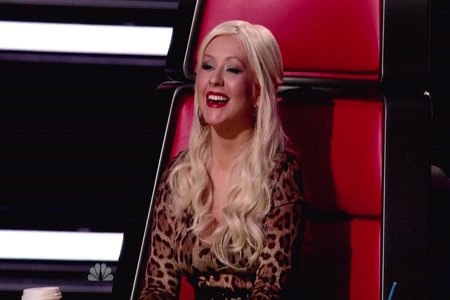 The chairman of NBC, Bob Greenblatt, made the announcement on May 31. “There is no better showcase on television than to follow the Super Bowl, and we believe The Voice is deserving of such high-profile exposure,” said Greenblatt in a statement. “The attention grabbing blind audition phase of The Voice has mass appeal and will fittingly team up with the biggest sporting event of the year.”

The episode set to hit the hot spot following Super Bowl XLVI on February 5 will be one hour long. The news comes on the heels of the announcement that the show was picked up for a second season.

The show, which stars Christina Aguilera, Cee Lo Green, Adam Levine and Blake Shelton, will move to Mondays for its sophomore season.

The first season of The Voice is currently getting ready to kick off its live round competition with the completion of the battle rounds ending May 31.

What do you think of The Voice not only grabbing a second season, but taking the coveted post-Super Bowl spot? Does the show deserve it?