The state of California is going to sell a 22.5-acre Malibu ranch given to them by Barbra Streisand as a park — and the singer is okay with it. 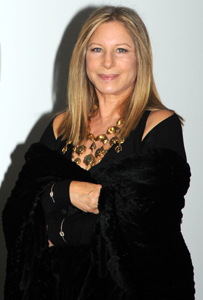 Barbra Streisand says she is okay with the state of California selling off the 22.5-acre Malibu ranch she donated as a park.

Ramirez Canyon Park was donated by Streisand in 1993 as a park and retreat, and features meadows, gardens, a creek and three homes with incredible architectural detail. At the time of the donation, nearly 20 years ago, the ranch was worth $15 million.

California is in the midst of a deep budget crisis and the governor (the replacement of Arnold Schwarzenegger) says it just can’t carry the load of the ranch — and other state-owned properties — anymore.

“The state should not be the landlord for a place that hosts mountain retreats,” said Governor Jerry Brown’s spokesperson Elizabeth Ashford.

Rather than being up in arms over the sale, the famed singer and Little Fockers actress seems to have made peace with it.

“I understand Governor Brown’s tough decision given the severe budget shortfalls that California is facing,” Streisand said in a recent statement. “I only hope that there is little disruption to the residents of Ramirez Canyon through this potential transition and that whatever entity does purchase the land and the homes on it will preserve its special habitat.”

Under special California rules the ranch land must remain open space and is of no interest to developers.