Candace Bushnell has forever endeared herself to readers internationally after crafting the iconic literary character Carrie Bradshaw. In the summer of 2010, Bushnell answered the prayers of millions of fans by releasing further exploits of their favorite heroine and taking audiences inside Bradshaw’s youth with The Carrie Diaries. Bushnell dishes exclusively to SheKnows about her latest book, Summer and the City, the world of Carrie Bradshaw and what inspires the author who is an inspiration to so many. 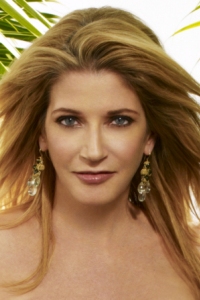 Summer and the City continues the youthful adventures of Carrie Bradshaw and is only the latest in a series of revered books by Candace Bushnell. The Carrie Diaries became a number one New York Times bestseller and Summer and the City is set to become one as well.

In Summer and the City, Bushnell dishes how Carrie met Samantha and Miranda and how Carrie Bradshaw became a staple of the New York City highlife.

SheKnows: What first drew you to writing? Was there an author or someone who inspired you?

Candace Bushnell: I loved telling stories, reading and creating as a kid. When I was eight, I had an “epiphany” moment and knew I would become a writer.

SheKnows: Tell us about the genesis of Summer and the City.

Candace Bushnell: It’s a time period I’d always wanted to write about in New York. It’s also when Carrie Bradshaw would have first come to New York. It made sense to explore the two together. 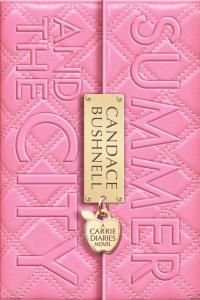 SheKnows: What unique challenges did you have crafting this book versus others?

Candace Bushnell: It’s written in first-person present in order to capture the immediacy of Carrie’s adventures. It’s tricky because you’re only in one person’s head and there’s no foreshadowing.

SheKnows: Has your writing method changed over the years, or are you still attacking your authoring in the same manner as ever?

Candace Bushnell: I haven’t taken a six-month break in between books for a while, although I did travel this year — to India and Sri Lanka.

SheKnows: The fans of your books are devoted, to say the least. When you are writing for an audience, is that a different approach than when you sat down to write your first book not knowing if anyone would see it?

Candace Bushnell: No. My style, for better or worse, hasn’t changed much since I started writing about New York City in the late 1970s. I found a hundred pages of a manuscript I’d began in the mid-1980s, and it was very much a “Candace Bushnell” book, although much more crude, daring and experimental. Also something that was rejected by several publishers. Over time one simply refines what one does essentially while trying to grow as an artist.

Inside Sex and the City 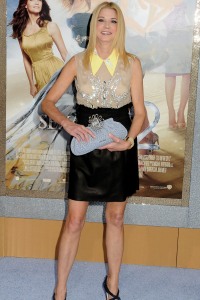 SheKnows: When you first saw your Sex and the City characters come to life, was that kind of a surreal moment in the sense that these were previously characters that only existed in your head?

Candace Bushnell: The characters existed in my life. Sex and the City was written in the particular style I’d developed writing for women’s magazines in the 1980s — fiction written as journalism. The “characters” were inspired by many real life New Yorkers with huge New York personalities, so when the Sex and the City characters were being played by actual actors, it was quite an amusing parlor game.

SheKnows: What authors out there today (and even in the past) can you not get enough of?

Candace Bushnell: Those would have to be writers in the past. I’m thinking of a fantastic writer who wrote in the 1960s and only wrote two books: Elaine Dundy.

SheKnows: After talking to Emily Giffin and Nicholas Sparks, both of whom are taking matters into their own hands and crafting their own screenplays, I was curious how you found the experience.

Candace Bushnell: I’ve written original screenplays, adaptations of my books, original pilots and adaptations of my books for television. It’s a very different kind of writing, and when millions and millions of dollars are potentially at stake, studios are not likely to take their chances on someone who isn’t firmly proven and entrenched in the movie-television business, although they are willing to humor authors up to a point. After 15 years of doing this dance, I’ve come to the conclusion that one really has to choose one or the other. Screenwriters aren’t really writing characters — they’re writing for actors who will “bring the characters to life.” It’s a fundamental difference. That being said, I probably will write an original pilot or adaptation soon. I stand on my little soapbox for a couple of years and then I take meetings and get all excited about movies and television again. 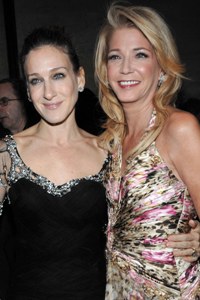 SheKnows: What do you think it is about the Carrie Bradshaw character that has not only made her so endearing to fans, but has also secured her place as one of pop culture’s great women characters?

Candace Bushnell: She’s an Everygirl and yet unique. She has triumphs, but never quite wins.

SheKnows: How has the transition from adult fiction to young adult been for you? Also, when you originally wrote about Carrie as an adult, did you have her teen years already mapped out in your head?

Candace Bushnell: One always has the character’s backstory in their head — it’s part of what informs the author about the character. Whether or not one chooses to focus on it is a different story, and in this instance, I did.