X-Factor creator Simon Cowell is never one to cower. In fact, the former American Idol toughie is more likely to make other people nervous! Unsubstantiated buzz, however, has Cowell quaking in his boots over bringing his show to the States this fall, and it’s not because he swapped out Cheryl Cole for Nicole Scherzinger.

“There are two things he was not counting on,” an unnamed source told The Scoop. “One, he never thought American Idol would do well this year, much less better than when he was on the show. And he definitely wasn’t counting on The Voice being a hit. That might have him more worried than anything. Not only is there a question of how The X-Factor will stack up against these other singing competition shows, but there’s a question about whether anyone is even going to be in the mood for another one in the fall.” 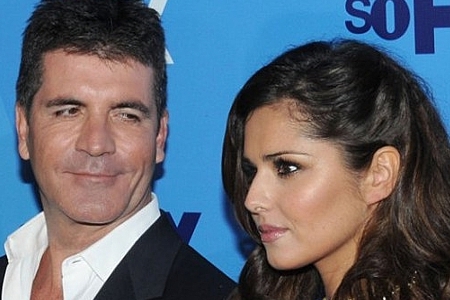 Obviously, American Idol will return for a season 11 and newcomer The Voice is not only set to return stateside, but word is BBC is preparing to air their own version, as well.

With The X-Factor U.S. auditions underway, Simon Cowell has already faced some drama. Cowell — or Fox? — axed UK sensation and X-Factor UK judge Cheryl Cole from the U.S. version. Word is she then refused to sign back onto the UK version. This left Kelly Rowland to head over the pond to join Take That’s Gary Barlow and N-Dubz’s Tulisa Contostavlos on the judges’ panel.

One reported reason for the shakeup stateside was the fear that Americans wouldn’t understand Cole’s rough Geordie accent, but rumblings indicate it may really have been about the British darling’s failure to work the Hollywood scene and build a reputation out here.

There was also talk of a personality clash between Cole and American Idol alum turned X-Factor judge Paula Abdul, which Abdul of course denied. “All I can tell you is that she is lovely, and I was really excited about the relationship and friendship we were forging and regardless, I am looking forward to continuing with that,” Abdul said during a press conference in Singapore. “She’s wonderful.”

Cole’s exit means X-Factor host and Pussycat Dolls frontwoman Nicole Scherzinger will move to the judges’ panel, alongside Abdul and Antonio “L.A.” Reid. British TV personality Steve Jones, who was supposed to co-host, may now get to control the mike on his own. 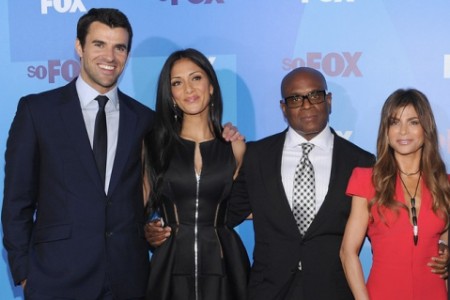 Buzz aside, this isn’t the first report of Cowell getting nervous over The X-Factor. The first round of buzz surfaced back in February, but that was about the $5 million purse. “I think you should be nervous,” Cowell said in a conference call. “By putting up that kind of prize money, it’s a massive, massive risk. But it’s also an incredible incentive, and I think it puts everybody, rightly, under an enormous amount of pressure.”