Sean Kingston is lucid and understands what’s going on around him after a jet ski crash.

Jamaican singer Sean Kingston’s condition has been slightly upgraded to “critical but stable” following a jet ski accident in Miami on Sunday night as new details are emerging about the crash. 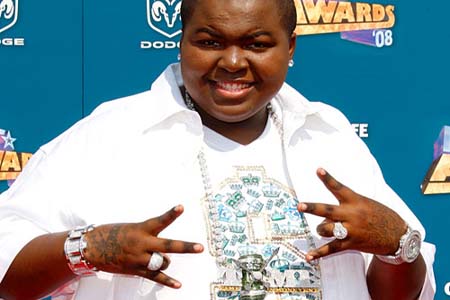 Kingston, according to a report from CNN, almost drowned.

“They were calling us over, telling us, ‘He’s drowning, he’s drowning,'” witness Carmen Rivera told CNN. The crash caused Kingston’s life preserver to fall off.

Kingston was traveling at a high rate of speed, said Cassandra Sanchez who was on the ski with Kingston.

While they departed a dock with another couple, “we were going so fast we just blasted past them,” Sanchez said to TMZ. “When we turned a corner and crashed… they were so far behind us they didn’t even see us crash.”

Sanchez, who was shaken up in the crash, added that Kingston “is lucid and understands what’s going on” and that he’ll be in the hospital for “a couple more weeks.”

Kingston, 21, is best known for his hit single Beautiful Girls.