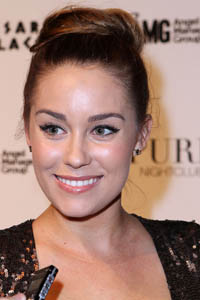 If you think Lauren Conrad is sad because MTV decided not to pick up her latest reality TV show earlier this year, you’d better think again. In a new interview in the July 2011 issue of Lucky magazine, The Hills star suggests that reality TV is beneath her and she’s glad to be rid of the MTV platform.

“It didn’t feel like a perfect fit,” Conrad, 25, says of the network’s decision to say no thanks to the pilot episode of her new reality show in February. “It’s difficult to compete with all the Jersey Shore-type shows out there. Besides, there weren’t any scenes of me getting drunk or fighting, so what’s the point?”

Rather than getting into catfights for the cameras, Conrad is busy managing her two fashion lines: LC by Lauren Conrad and Paper Crown. In fact, she says, being a reality TV star worked against her in the fashion world.

“It’s easier to launch the line without MTV,” she told the magazine. “A lot of people in fashion don’t want to be linked with anything that has to do with reality TV. Showrooms were turning us down.”

Instead of partying, Conrad is working on becoming a vegetarian.

“I’m now focusing a lot more on my health,” she says. “I no longer eat pork, I rarely eat beef, and I don’t like chicken now because my mother keeps four hens as pets. I’m not kidding.”

Do you like the new and improved Lauren Conrad?