We can finally stop saying “those Hobbit films.” Peter Jackson’s Hobbit movies have finally landed their official titles and release dates. Read on to find out when you can catch the latest films based on J.R.R. Tolkien’s Lord of the Rings prequel, The Hobbit. 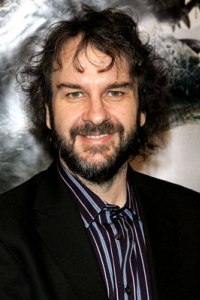 According to The Hollywood Reporter, Peter Jackson’s Hobbit projects have officially been given their names and release dates. The first of the two, The Hobbit: An Unexpected Journey, will hit theaters December 14, 2012.

The second, The Hobbit: There and Back Again, will debut December 13, 2013 — one year after the first.

Hollywood has been busy buzzing with all kinds of casting news, with original players like Ian McKellen, Cate Blanchett, Orlando Bloom, Christopher Lee and Elijah Wood slated to make returns in some form or another.

It was recently revealed that Orlando Bloom would return as Legolas and Peter Jackson wrote fondly of Bloom’s return. “Ten years ago, Orlando Bloom created an iconic character with his portrayal of Legolas,” Jackson said on his Facebook page.

Jackson added, “I’m excited to announce today that we’ll be revisiting Middle Earth with him once more. I’m thrilled to be working with Orlando again. Funny thing is, I look older — and he doesn’t! I guess that’s why he makes such a wonderful elf.”

Ian Holm is slated to take on the older version of Bilbo Baggins, while Martin Freeman will take on the younger version.

What do you think of the new names and release dates? Can you wait for The Hobbit: An Unexpected Journey and The Hobbit: There and Back Again to hit theaters?