The Wolf Pack lured in killer numbers for Memorial Day weekend. The Hangover: Part 2 won the box office battle, while performing even better than the original. Kung Fu Panda 2 took second with a little less pizazz, knocking last week’s top three, Pirates of the Caribbean: On Stranger Tides, Bridesmaids and Thor, down a few pegs.

The Hangover: Part 2 banked $86 million for the weekend of May 27-29, earning the top-grossing weekend ever for a live-action comedy. Tack on the Thursday premiere and Memorial Day numbers and the bachelor party disaster bagged $137.4 million! The original Hangover banked $45 million in its opening weekend, building to a record breaking $277.3 million. 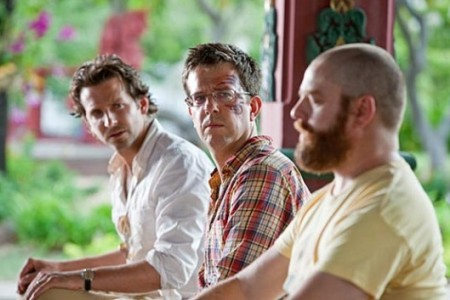 Kung Fu Panda 2 came in second for Memorial Day weekend, but isn’t bragging. It banked half of what The Hangover 2 did, in spite of those juicy 3D prices. With the extra holiday weekend days, the movie banked $62.2 million, just barely beating out the original Panda, which only had a two-day weekend.

Pirates of the Caribbean: On Stranger Tides dropped from the top spot to third place, banking almost $40 million. The fourth Pirates installment is trailing its predecessors, At World’s End and Dead Man’s Chest, but still performing, especially overseas. On Stranger Tides has banked $164 million domestically and $470.8 million abroad, for a worldwide total of $634.7 million.

Bridesmaids drops to fourth, with $16.6 million for the weekend; or $21 million for the four-day holiday. Party girls Kristen Wiig, Maya Rudolph, Rose Byrne, Melissa McCarthy, Ellie Kemper and Wendi McLendon-Covey saw a much smaller drop than other returning films this week.

Fast Five took sixth place with $6.4 million and while Hangover 2 has its own new record, the Fast and the Furious sequel still holds the biggest opening weekend of this year. Midnight in Paris, Something Borrowed, Rio and Jumping the Broom closed out the top 10 in that order, each banking less than $2 million.

Woody Allen’s Midnight in Paris is, however, nothing to sneeze at. In its second weekend, the indie starring Owen Wilson expanded to 58 theaters and banked $3.5 million over four days. As a reference, Hangover 2 showed in just over 3600 theaters, while Kung Fu 2 played in almost 4000. 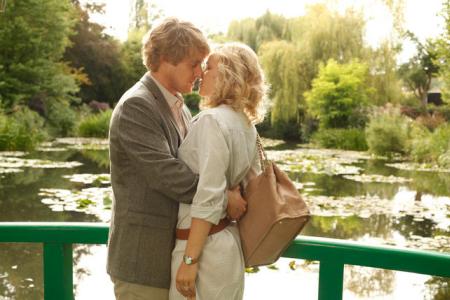 Terrence Malick’s indie The Tree of Life also bears mention for banking $488,920 over the four-day weekend, while playing in only four theaters. The movie won the Palme d’Or at Cannes this year, but it’s getting strange buzz. It’s a stronger buzz than Black Swan saw, but the strange drama isn’t likely to go viral the way the ballet tale did, in spite of boasting the likes of Brad Pitt, Sean Penn and Jessica Chastain.

Next week, X-Men: First Class goes back to the beginning of the X-Men saga in hopes of taking out the office competition. Limited releases Beautiful Boy, Beginners, Empire of Silver, The Last Mountain, Mr. Nice, Submarine and Love, Wedding, Marriage also land.