Rapper Ja Rule, who is headed to prison in a few days to serve a two-year sentence, tweets about the Urban Festival cancellation in Brazil. 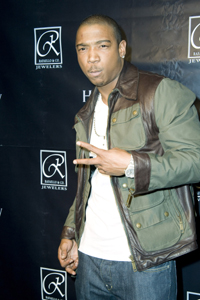 Brazil fans were disappointed when both Cee Lo Green and Ja Rule cancelled their performances at the Urban Music Festival in Sao Paulo, after reports that they “would not play for an audience of 200 people.”

Ja Rule insists that he had nothing to do with the sudden cancellation. “To all my fans in Brazil SORRY I didn’t perform last night at the urban festival it was NOT my fault I LOVE my fans!!!” Ja Rule tweeted. “It was @FabulousFabz FAULT he’s the reason I did not PERFORM at urban festival if your MAD be MAD at him NOT ME!!! I LOVE BRAZIL…”

The Twitter handle @FabulousFabz is X-Type Music Group, which their website says is “one of the fastest growing full-service entertainment Group [sic] in the world.”

“I LOVE ALL MY BRAZILIAN FANS!!! @FabulousFabz IS THE REASON MY SHOW DID NOT HAPPEN!!!” Ja Rule tweeted today.

Ja Rule will start serving two years in prison in a few days for a weapons charge. He pleaded guilty six months ago, but was allowed time to finish his album and deal with a federal tax problem before he entered.

“I just want to put it out to the world before I go in,” Ja Rule says. “It’s funny because, I’m about to go to jail, and my main concern is to make sure that I get this album done and out there for the fans.”