The rumors of Tupac Shakur’s resurrection are greatly exaggerated. The rap star is still dead despite a story posted by hackers on PBS.com. 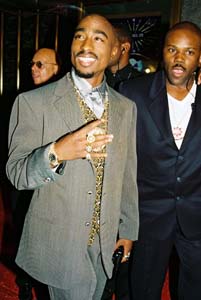 Hey, did you hear that Tupac Shakur is alive and living in New Zealand with Biggie Smalls? Obviously he is, because the hip hop star has released nine albums since his so-called death, right? Even PBS reported it was true.

Except it is not true, Tupac is still dead — so is Biggie — and hackers posted the story on the PBS website to show their displeasure over the news service’s treatment of Wikileaks in a Frontline documentary.

“We just finished watching WikiSecrets and were less than impressed. We decided to sail our Lulz Boat over to the PBS servers for further… perusing,” a statement from the group read.

“Anyway, say hello to the insides of the PBS servers, folks. They best watch where they’re sailing next time.”

The fake PBS story claimed that proof of life — that Tupac is alive and well and living with Biggie in New Zealand — was found in a dead man’s diary recently shipped to the United States.

PBS Frontline executive producer David Fanning expressed his dismay over the news that Tupac is in fact still dead — er, over news of the attack, that is.

“From our point of view, we just see it as a disappointing and irresponsible act, especially since we have been very open to publishing criticism of the film… and the film included other points of view,” Fanning said. “This kind of action is irresponsible and chilling.”