Kara DioGuardi is back! This time she’ll be judging a new breed of contestants on Bravo’s newest reality series Platinum Hit. 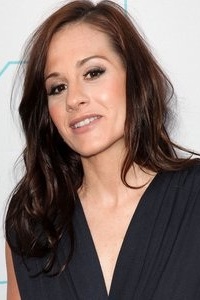 Kara DioGuardi’s latest go-around at judging young talent is a bit different than her former stint on American Idol. Platinum Hit focuses on a talent that DioGuardi is very familiar with — songwriting — not just voices.

The latest reality show out of the Bravo camp features 12 songwriters, who also happen to be able to carry a tune, battling to stay in the competition week after week as their songs are put to the test for a grand prize of $100,000 and a publishing deal with Sony/BMI as well as a recording contract with RCA/JIVE. Those are some big stakes — hope they brought their good pens for this one.

Kara DioGuardi won’t be the only judge picking apart the words of the young songwriters. Multi-talented artist Jewel will also be joining her. Together, the duo will challenge the contestants to come up with a hook, the part of the song everyone loves singing, then they’ll build an entire song around that.

Platinum Hit seems like a much better fit for Kara DioGuardi as she’ll be able to mentor the six guys and six girls on the all around level of talent compared to just the sound coming out of their mouths.

What do you think? Does Bravo have another reality hit on their hands with Kara DioGuardi and Jewel’s show Platinum Hit? Check out a preview and tune in Monday, May 30 to judge for yourself.