Watching handsome hunk Bradley Cooper’s star rise was half the fun of seeing him as the solo leading man in Limitless. Now, Hollywood studios are shelling out big bucks for Cooper to flex his guns — he scored a cool $5 mil for The Hangover: Part II, which just opened in theaters. And now that he’s single, we can really relish getting lost in his dimples…and his eyes…and his pecs…and his abs…. 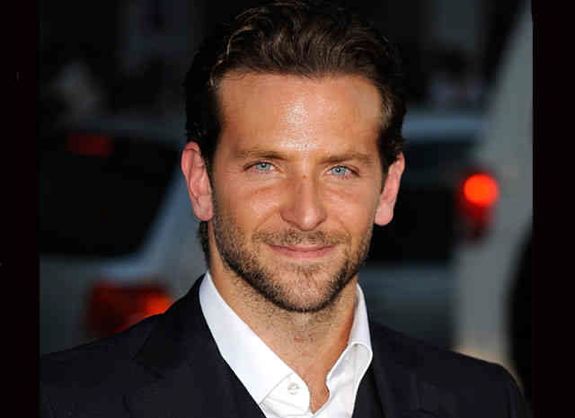 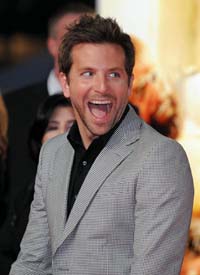 His body is bangin’

Not to be superficial (much), but have you seen that six-pack? Men’s Health magazine agreed with us, calling Bradley Cooper’s pre-A-Team body one of the best of summer 2010. What’s his secret? “Combine cardio, strength training, and core exercises in one workout,” Cooper’s trainer, Ramona Braganza, told MH. Whew! Maybe we’ll just sit back and watch Bradley sweat instead.

As if we needed yet another reason to adore Cooper, he’s modest: When Ellen DeGeneres complimented him on his good lucks on her show a week and a half ago, he demurred. “You’re crazy. What are you talking about?” he said. “I was mistaken for a girl. I always hated that so much.”

He definitely doesn’t have that problem now!

He’s been in the chick flicks we love 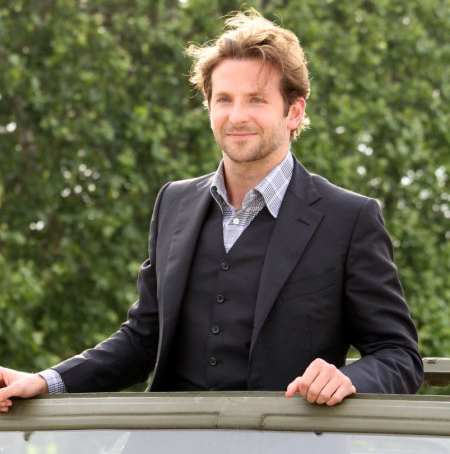 Remember Carrie Bradshaw’s disastrous New York magazine cover shoot, “Single and Fabulous (Question Mark),” in Sex and the City‘s third season? Afterward, Carrie decides to have a few cocktails and smokes — and a hot makeout session — with our very own Bradley (a.k.a. “Jake”), which cheers her up… until he finds a copy of the magazine with her haggard visage on the front.

We loved to hate Cooper as a cheating husband who tries to juggle both Scarlett Johansson and Jennifer Connelly in He’s Just Not That Into You — but he redeemed himself as a kind, benevolent stranger who helps out Julia Roberts in Valentine’s Day. And let’s not forget Cooper as Will Tippin in Alias (we still miss that show!). 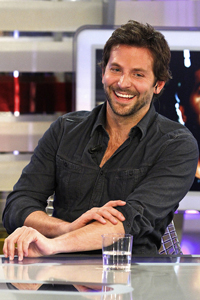 Cutie Cooper has done work with Learning through the Expanded Arts Program (LEAP), a non-profit in New York City that uses theater, writing, dance, and art to educate inner-city students, and he’s also worked with an Alzheimer’s charity:

“My mother’s friend had Alzheimer’s disease for many years,” he told Good Housekeeping magazine. “After seeing her deterioration and the sad reality of her not recognizing her own son, I connected with the Alzheimer’s Association, which provides support to families, funds research, and advocates to make Alzheimer’s a priority with Congress.”

Coop had a short-lived marriage to Crash actress Jennifer Esposito from 2006 to 2007, and he famously dated Renée Zellweger from mid-2009 to March 2011.

Now? This wolf-(pack) man is on the prowl: He was recently spotted at the Cannes International Film Festival dancing up a storm with a hot brunette known only as “Stacey.” And only a few days ago, Us Weekly reported that Cooper was getting cozy with newly single Olivia Wilde at the Hangover Part II afterparty. Still, no official girlfriend means there’s room in his little black book for us! 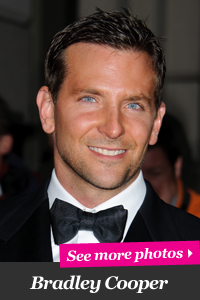