Now that sexy actress Liv Tyler is a mom, she hasn’t done a sex scene in 15 years. But in her new movie, she’s taking it all off all over again. 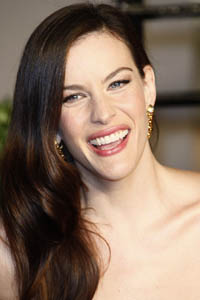 The last time actress Liv Tyler got naked for the cameras was 15 years ago in Stealing Beauty. The scene caused such a sensation that she didn’t do another nude scene. Until now.

This summer, American Idol judge Steven Tyler‘s daughter strips down all over again in the upcoming movie, The Ledge, a “philosophical thriller” co-starring Patrick Wilson and directed by Bernardo Bertolucci.

“I was like, ‘No way, sorry,'” Tyler, 33, said at first to the prospect of acting naked again. “Of course the thought of showing your body parts is a terrifying thought — I find it terrifying. Let alone the whole world. And I fought it until the very end.”

Eventually, though, Tyler gave up and gave in to Bertolucci’s direction. The movie involves a man who has an affair with a woman, played by Tyler, who’s married to a devout Christian, played by Wilson. After their torrid tryst, he finds himself on a ledge and is forced to make a life or death decision.

Tyler was married to British musician Royston Langdon of the band Spacehog in 2003, but the pair later split. They have one child together, Milo, 6.

For a time, Tyler was in talks to star in another sexy movie, this one about Bettie Page. The biopic on the legendary pinup model was to be directed by Martin Scorsese. Eventually, the project fell apart, and Gretchen Mol ended up starring in another version of the same story, The Notorious Bettie Page.