It turns out Brad Pitt is a regular dad who makes mistakes. Find out what the dad of six had to say about parenting six kids with partner Angelina Jolie.

Brad Pitt may be a movie star who’s married to Angelina Jolie, parenting six kids, traveling the world and doing charity work, but he’s also a normal dad who admits that he makes parenting mistakes. 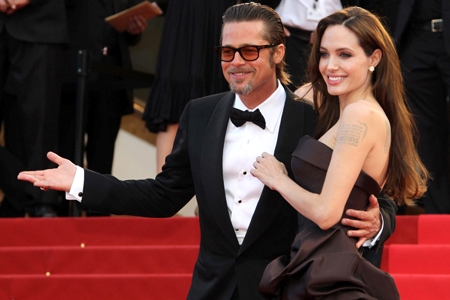 The Tree of Life actor told People, “Not [like I’m] a horrible parent, but I’ve certainly made mistakes and had to make up for it.”

Haven’t all of us parents?!

Like all good dads, Pitt wants his kids to develop into their own people. “I want to keep them free to explore that innocence as long as possible and find out what’s really interesting to them,” he told the magazine. “I just don’t want to encumber them in any way.”

Pitt wants what’s best for his kids. “Listen, I just want them to follow their bliss. Whatever makes them happy,” he said.

He’s been talking parenting regularly lately. Pitt recently discussed daddy duty at Cannes, saying that he always knew he wanted to have lots of children. “I had a friend who had a big family when I was a kid,” he shared. “I just loved the chaos around the breakfast table and the fighting and the ribbing, and the mom making pancakes for everyone or the dad making pancakes.”

Pitt’s movie Tree of Life won the Palme d’Or at Cannes, despite the mixed reviews it received. His next role is Happy Feet 2 — and that’s certain to win some parenting points for Brad Pitt.