Who will we see at the judges’ table next season on American Idol? Will Randy Jackson, Steven Tyler and Jennifer Lopez all return? 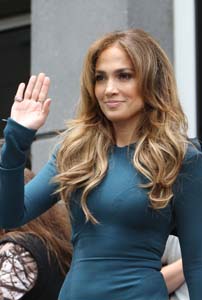 The American Idol finale was only two nights ago and already the world is speculating on what judges will be back next season.

Good news! According to Randy Jackson, the lineup will remain the same, meaning Jennifer Lopez and Steven Tyler will be back!

Interesting, because Jennifer Lopez only had a single year contract — and she is still negotiating a pay raise for her return.

“Everyone has multiple year contracts; Jennifer had single year contract, we loved having her, the hope and expectation is she’ll return,” Fox Chief Peter Rice said earlier this week.

And JLo herself told Fox News, “It’s too early to tell.”

Lopez earned a reported $12 million for her single season of judging services on American Idol, while Steven Tyler was contracted for $18 million to bring his creepiness to the stage.