When The Hangover, a movie that grossed over $450 million, became the highest-grossing R-rated comedy of all time, it was a sure thing that audiences could expect a follow-up and The Hangover: Part II is the result. 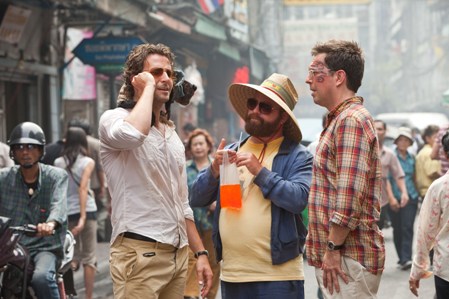 What made the first Hangover so charming, besides the incredible hilarity, was the mystery that our three heroes had to unravel in order to get their friend to Los Angeles for his wedding after losing him in a night of debauchery in Las Vegas. In The Hangover: Part II, the stakes are honestly higher, for the players on the screen and those off it as well.

Director Todd Phillips has just a little bit of pressure on himself — how do you follow up one of the biggest movies of all time? Well, Phillips takes it dark in his sequel and we salute that decision. The wolf pack’s dangers and blunders are bigger and more elaborate.

The safety net is gone in Bangkok, where in Las Vegas the guys were able to get out of police trouble. In Thailand in The Hangover: Part II, the threat of a Thai prison is always present and therefore, the suspense within the mystery is heightened beyond what could be achieved in the first Hangover. The places within Bangkok that Helms, Galifianakis and Cooper visit in an effort to once again retrace their steps are seedier, salacious and, at times, scarily funny. 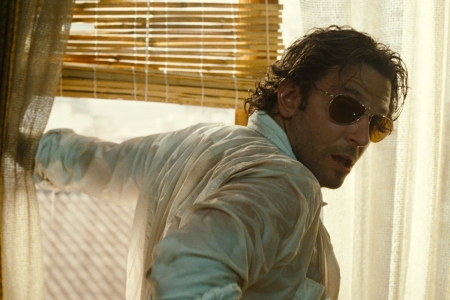 The cast is highlighted certainly by Helms, Galifianakis and Cooper. Their chemistry together is brilliant and that is part of what makes this franchise so compelling. The big three are upstaged by a new addition and a bit player from the first Hangover. We’re talking about both the monkey and Ken Jeong.

In the first Hangover, Ken Jeong had a bit part, but his presence was enormous. In The Hangover: Part II, he has a larger role to further cast his comedic spell. His Mr. Chow is such a hysterically complex character, we would beg for a movie spin-off, solely based on his life.

Then, there’s the monkey. She is an utter delight — cute in every scene and a pretty good actress as well. It’s not easy to go toe-to-toe with three comedic actors at their best and the monkey is, in that sense, an honorary member of the wolf pack.

The Hangover: Part II is, in many ways, the same movie as the first, times two. The location has changed, and there are the new additions, but in some ways, the film is hurt by too much of a similarity to the original. The requisite losing a friend they must find is just fine. What didn’t work for us was how it felt like deja vu when the wolf pack visited a police station to find they were picking up someone who had their friend’s name, but wasn’t who they were looking for. There must have been some other way to work this scene.

But yet, if audiences adored the first go-around, they surely won’t mind the second, even if it feels eerily similar in plot points.

Overall, in a summer of sequels, The Hangover: Part II gets it started on the right foot.

Check out our interview with the wolf pack!>>