Singer Sarah McLachlan has opened up about her devastating divorce from her drummer ex-husband, Ashwin Sood. 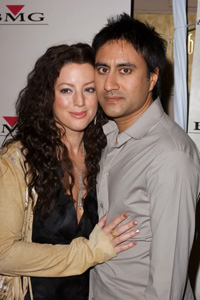 Sarah McLachlan says that after a heartbreaking divorce, she used the power of music to help pull her out of the depression and move forward.

“Coming to terms with the fact that my marriage was a failure was devastating and very difficult,” she tells Spinner magazine. “I blamed myself for a lot of things. It took me a very long time to get over it.”

McLachlan divorced Ashwin Sood, who was also her drummer, in 2008 after 11 years of marriage. The couple have two kids together, nine-year-old India and three-year-old Taja.

“Yeah, the marriage part didn’t quite work out,” she said. “Apparently that’s a bit of an epidemic, so I just make light of it.”

She has never said why they are divorcing, only calling the situation “pretty gross.”

McLachlan credits friends and music as helping her pull out of her funk. “I have amazing friends, great family and two kids, so I just got out of bed every day and kept moving forward,” she says. “Music has always been incredibly cathartic for me, whether it’s writing my own stuff or singing other people’s music; it’s very freeing. But it did take me a long while to be able to write again because I was just too far down a deep dark hole to do anything. I had to crawl back up, get some light in and have some objectivity before I could start writing again.”

McLachlan has a new album coming out called Laws of Illusion — and was just given the honor of being spoofed on South Park for her role in those depressing animal welfare commercials.