The X-Men franchise is headed in a new direction — reverse. The latest installment of the film series is called X-Men: First Class and it’s a prequel. It’s set in the 1960s and centers on a young Charles Xavier (James McAvoy) and Erik Lehnsherr (Michael Fassbender). If you’re a little dusty on your X-Men history and you have no idea what to expect, here are a few things you should know.

Charles and Erik are friends in X-Men: First Class. In the previous movies, they’ve always been on opposing sides but still shared a mutual respect for each other. First Class explains where that camaraderie came from and Erik’s influence on the future X-Men team. 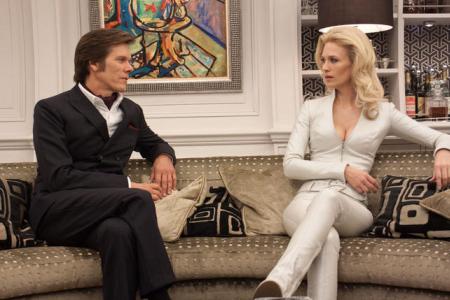 The First Class lineup has changed. As you can see from the trailers, the original members of the first X-Men aren’t all featured. The only student who appears in both the comic version of First Class and the movie is Henry “Beast” McCoy (Nicholas Hoult).

Kevin Bacon’s in this film! He’s barely shown in the trailers but Kevin Bacon is one of the main bad guys in the movie named Sebastian Shaw. He’s one to watch along with Mad Men star January Jones who plays Emma Frost.

If you’re a bit of a history buff, you might respect how the plot ties in with the Cuban Missile Crisis of the 1960s. It plays a huge part in the storyline and the film even features archival footage of President John F. Kennedy.

X-Men: First Class also stars Rose Byrne, who appeared on the TV series Damages with Glenn Close, and Jason Flemyng, who’s starred in his fair share of Guy Ritchie movies. First Class has a lot to offer and this info is just the tip of the iceberg. There’s a lot more where this came from.