Po (Jack Black) and his furious five fighters are back to bring justice to the land in Kung Fu Panda 2. The film is an utter delight and we have the pleasure of bringing our readers an exclusive four-minute clip from the film that is hilarious to say the least.

In Kung Fu Panda 2, Po has found peace with his role as a Kung Fu fighter, only to discover that all is not peaceful in the land. China is being threatened with a complete takeover and only Po and his band of brothers can save the country from certain doom. 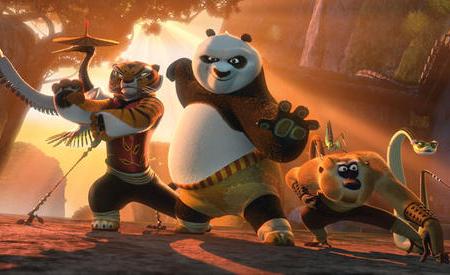 SheKnows was given an exclusive clip from the film, courtesy of Paramount Pictures, that shows one of the more funny scenes from the movie. Our exclusive clip showcases many aspects of why the Kung Fu Panda franchise has such a soft spot in audiences’ hearts — it is funny, action-filled and illustrates how much can be accomplished when we work together, even under the guise of hiding in a giant Chinese dragon!

Kung Fu Panda 2 lands in theaters today, May 27, and stars Jack Black as the titular character, along with Angelina Jolie, Lucy Liu, Seth Rogen and Dustin Hoffman as well as Dennis Haysbert and Gary Oldman.

Don’t miss an exclusive chat with the Panda cast at the premiere including Angie, Jack & Dustin!>>

Without further ado, we present the Panda, Kung Fu Panda and the Chinese dragon.