The on-again, off-again girlfriend of Jeff Conaway has convinced his Los Angeles hospital to keep him on life support — for now. 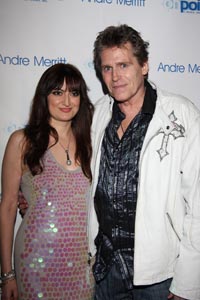 Is it too late for Jeff Conaway? The actor is in critical condition in a medically-induced coma, suffering from pneumonia and sepsis possibly exacerbated by his years of hardcore drug use.

The Celebrity Rehab star’s family asked the hospital to take him off life support, but his longtime on-again, off-again girlfriend Vikki Lizzi has put a stop to that — by claiming she has power of attorney.

“Vikki has the power of attorney and also has a living trust from 2007 that names her as a guarantor of the trust,” a source told RadarOnline.com. “The hospital has assured the attorney they won’t do anything until they re-read the trust.”

Although the couple has had their rough spots, the source says Vikki loves Jeff and she “would never pull the plug, he is her best friend and soul mate.”

The family maintains they have medical attorney but have dropped the restraining order they requested last week. Conaway has been unresponsive since he was found unconscious in his home last week.