Roseanne Barr is in talks to return to her sitcom roots in Chelsea Handler’s sitcom, Are You There, Vodka? It’s Me, Chelsea. 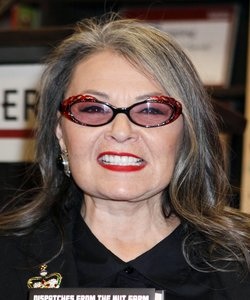 According to The Hollywood Reporter, Roseanne Barr is being courted for the Chelsea Handler comedy, Are You There, Vodka? It’s Me, Chelsea.

The midseason NBC comedy is looking to throw the sitcom veteran into the mix as a family member.

Chelsea Handler, who is the show’s executive producer and creator, said, “I’m talking to Roseanne Barr to do some guest episodes as my aunt.” Handler added, “She’s interested in doing it, so it should be fun.”

Barr was actually considered for a different cameo in the pilot that ended up being handed off to Glee star Dot Marie Jones.

We couldn’t think of a better woman to play opposite Chelsea Handler’s sharp-tongued dialogue. The only problem is who we’d love more in the battle for comedy dominance.

Are You There, Vodka? It’s Me, Chelsea is based off of Chelsea Handler’s wildly successful book that just so happens to share the same name. It chronicles her years before she became a comedian.

Laura Prepon will take on Chelsea Hanson, a version of Handler in her younger years, while Handler herself plays Sloane, her older sister.

You can also check out Roseanne Barr on Lifetime later this year, as she stars in her own show about running a macadamia nut and livestock farm in Hawaii.