A meritless child abuse investigation against Mariah Carey has been closed after social workers found no issues in the home. 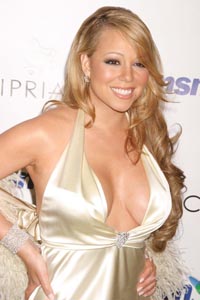 New mom Mariah Carey is in the clear after a ridiculous child abuse investigation case against her has been closed.

The investigation started when an anonymous tipster called the Los Angeles Department of Children and Family Services to tell them Mariah was boozing it up in her hospital room just hours after her twins were born.

Mariah did in fact enjoy a tasty Guinness — but only because the nurses on the maternity ward told her to as a means of helping to get her milk flowing.

Sources say Mariah never tried to hide what she was doing and told the social workers exactly how it went down — that she was only doing what hospital staffers told her to do.

After a home visit in the presence of Mariah’s lawyer Laura Wasser — yes, the same Laura Wasser hired by Maria Shriver as her divorce attorney — the case has been closed. Mariah and her hubby Nick Cannon are now free to enjoy their newborn twins and have them photographed for a major magazine for our edification.