SheKnows’ Reality TV Magazine was thrilled to get a seat at the American Idol season 10 finale, and that was before we knew it was going to be such a rocking, star-packed show! We figured it had to be cooler to see the show live, and we were right! Here are the top five differences between watching from your couch and getting a ticket to watch the show live. 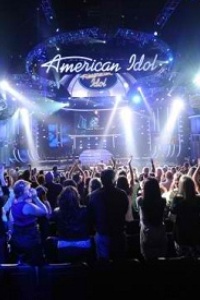 This one can’t be a surprise, but can’t be left out either. There’s just no beating live music, especially when Lady Gaga, Beyonce, Tim McGraw, Bono and the Edge, TLC with Lil Jon, Tony Bennett, Judas Priest, Jack Black, Steven Tyler, Marc Anthony, Tom Jones and fave Idols are taking the stage! With a lineup like that, it was like getting a ticket to one of the hottest concerts of the year — maybe even the decade! Even the crowd sounds different when you’re in it: Our East Coast live blogger at home posted, “I swear it just sounded like the whole audience yelled ‘Lauren,'” but that’s not what we heard! The mikes may have been positioned near a crew of Lauren fans and SheKnows’ Reality TV Magazine was actually in a Lauren-loving section, but it was a split crowd at the Nokia Theater.

Reality TV Magazine caught the American Idol finale from right in the middle of all the signs, screams and yes, even tears. While you may get emotional about the show at home, being surrounded by all the dedicated fans packed into the Nokia was intense. For the most part, it was an awesome experience, but there was also a tussle! When a young fan kept hooting during Beyonce’s performance of 1+1, a man finally screamed “Shut up.” Once the ballad ended, the protective mom came over to give him a piece of her mind. She looked ready to throw a punch for her young cub, but luckily, the shouting match didn’t go anywhere and the good vibes soon returned.

The American Idol finale was stacked with excited tweens, teens and just about any girls over the age of six who could land a ticket. Some of you at home may have a tween or two on the couch, but watching with that many at once was something. There were more than a few earsplitting moments and a lot of “I love you!” calls to the stage. There were also quite a few girls who looked dressed to kill — as in, it would kill me if my daughter went out wearing a getup like that! 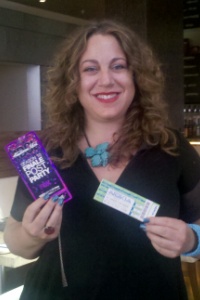 Though we did get to chat with Miss Mary Murphy about the new season of So You Think You Can Dance, Reality TV Mag didn’t actually spot many celebs, even at the Fox after party. That said, however, the “I saw so and so” chatter was nonstop before the show. There were reports of seeing Robert Downey Jr, Gordon Ramsay, Janice Dickinson and alums like Jason Castro, David Archuleta and Sanjaya Malakar strolling around LA Live.

There’s just no getting around it: It feels very cool to get an invite to the big show and the finale post party! During the broadcast, we were only five seconds ahead of the East Coast, but it was fun to be ahead of the game and watch the stage come together for the next act during commercial breaks. The post party wasn’t celeb packed, to say the least. They must have been at a different party altogether, but we did get to eat, drink and be merry with fans. And let’s be honest, just holding the ticket made us feel cool!

Stay tuned for Reality TV Magazine’s exclusive chat with So You Think You Can Dance judge Mary Murphy about tonight’s premiere and our report on hitching a ride with Ford to get to the big AI finale.