The daughter of Arnold Schwarzenegger’s baby mama has spoken out in defense of her mother — and her ridiculous statements are laughable!

Jackie Roso, the daughter of the housekeeper with whom Arnold Schwarzenegger had a secret love child, went to the media to defend her mother as a virtuous, hardworking woman. 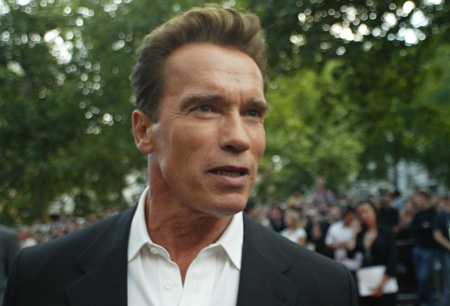 “I love my mom very much, and she’s a great inspiration for any woman out there, working for the kids.” Yes, if one’s idea of a great inspiration is a woman who lies to every single person in her life and carries on a long-term affair with a married man in his wife’s home.

“My mom doesn’t need to justify herself,” Roso said. “It doesn’t matter what any newspapers say or anything because, you know, I know my mom, and, you know, her friends and her family, we all know her.”

“The Mildred that they put out there it’s like — it’s just, you know, all gossip, rumors.”

Sounds like the apple doesn’t fall far from the tree.

Mildred Patricia Baena has not been seen or heard from since the news broke of her affair and love child with Arnold Schwarzenegger, except through her lawyers who threatened to sue her ex for defamation after an interview with Entertainment Tonight.