Actor Jeff Conaway has been in a coma and reportedly on the verge of death for days. Now family members have decided to turn off life support. The prognosis is grim. 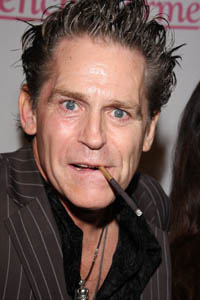 Jeff Conaway‘s longtime struggle with drug addiction may be coming to an end, as family members have decided to remove the Grease star from life support.

On May 11, Conaway was found unconscious in his home from what was believed to be a prescription overdose. He has remained in the hospital since that time in a coma. While some kept hope alive that he may recover, a source reveals that recovery has been unlikely since he was admitted.

“Doctors advised the family that Jeff has had no brain function since he was brought into the hospital,” a source says. Today the life support machine that has been keeping him alive will be turned off. “The feeding tube has already been removed,” the source says. “The ventilator which is breathing for Jeff, will be removed sometime this afternoon.”

Conaway rose to fame as a star of Grease and continued his career on Taxi. He faded from view until he appeared on Celebrity Rehab with Dr. Drew in 2008. Viewers watched as Conaway struggled with his substance abuse problems, psychological issues and co-dependent relationship with his girlfriend Vikki.

Last week, Dr. Drew visited Conaway in the hospital and seemed to think things were not as bad for the actor as they had been portrayed in the past. “Just visited Jeff Conaway. He is stable & looks like he will recover from his pneumonia,” he tweeted. “Not an OD, like press is alleging & certainly not dead.”