Natalie Portman took a trip to the ballet this week with her fiance and baby daddy in tow, but they ended up encountering the woman Benjamin Millepied dumped for Portman. 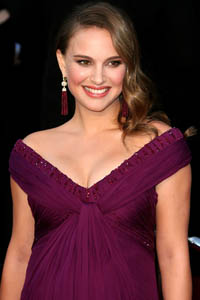 It was a three-way of awkwardness this week at the ballet when a very pregnant Natalie Portman decided to take in a ballet and wound up checking out the ballerina that her ballet dancer fiance and baby daddy dumped for her.

Portman and fiance Benjamin Millepied went to an American Ballet Theater show in New York City on Tuesday night to take in a performance that Millepied had choreographed. Reportedly, Portman was “glowing,” despite the fact that Isabella Boylston was dancing the lead. Boylston is Millepied’s ex-girlfriend and the woman he left for Portman.

Adding to the drama was the possibility of Portman running into ABT ballerina Sarah Lane, who body doubled as a dancer for Portman’s Academy Award-winning Black Swan performance. While Portman has stated that she did most of the dancing for the role, Lane says otherwise.

“I’ve been doing this for 22 years, and to say that someone trained for a year and a half and did what I did is degrading not only to me but to the entire ballet world,” Lane told reporters, suggesting she had danced far more in the movie than she had been credited.

In any case, it sounds like Lane and Portman didn’t run into one another. What with a baby on the way, Portman has enough drama in her life already.