The Wolf Pack is back and Zach Galifianakis, Bradley Cooper and Ed Helms are ready to rock Bangkok this time out in The Hangover: Part II and they tell us all about it.

The Hangover: Part II cast and director Todd Phillips recently sat down for a chat about returning to make a sequel to the highest-grossing R-rated comedy of all time. 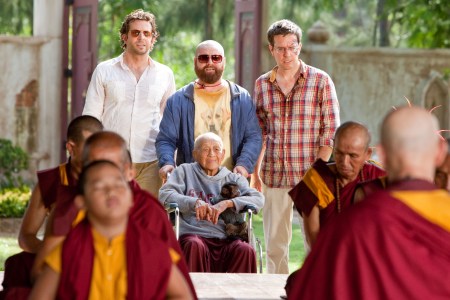 The first Hangover took audiences by storm in 2009 and with success came the pressure from fans to try to capture lightning twice. Why not up the stakes by sending Ed Helms, Bradley Cooper and Zach Galifianakis to Thailand’s most famous city for an evening of frighteningly funny forgetfulness?

Hangover: Part II, the Wolf Pack is back!

SheKnows: One of the best additions to The Hangover: Part II cast is Crystal the monkey. How did she take to each of you?

Bradley Cooper: Crystal turned out to be just kind of this miracle monkey. She can do anything. The only downside to Crystal is she has very long claws. You don’t want to get Crystal around an elephant. There was one scene where we were walking down the street, there was an elephant and she sort of destroyed my shoulder.

SheKnows: What were your takeaways from filming in Bangkok? 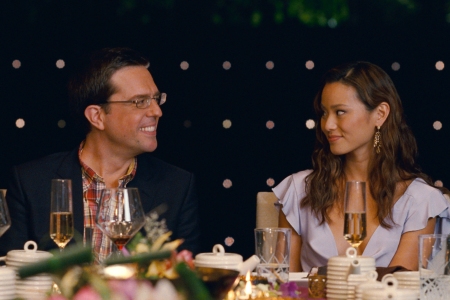 Todd Phillips: For me, Bangkok is just one of the most beautiful cities. That’s where you have to go. Bangkok’s a very cosmopolitan city. In our movie, we shot a lot in the Chinatown district of Bangkok. We really took a liking to the look and the feel of that area. I was there for about three months and still felt like I could’ve stayed longer. I just fell in love with Bangkok.

SheKnows: What was your most challenging experience on The Hangover: Part II?

Todd Phillips: I think in a nutshell, Bangkok is just a very crowded, very chaotic and very hot city so I think we all had just challenges, dealing with the crowds and the chaos, but ultimately the movie’s about mayhem. To make a movie about mayhem, sometimes you have to go to mayhem. I think it all found its way into the movie and it helped.

Bradley Cooper: You know what was odd, was challenging I thought, was the sheer number of people that were constantly on the set. There’s something about doing a production in Bangkok where there’s just tons of people all over the place. Todd, to his credit — thank God — likes a lean set and that just makes it easier to work. All the people — that was a challenge — having to adapt to there just being so many bodies around all the time.

Zach Galifianakis: I think in general just the city itself, just getting used to the city for the first few days and the jetlag was a little bit tough [laughs], but once you got there and you got settled in, the people are so brilliantly nice that you feel welcome and it’s a great society, it really is.

Ed Helms: I had a very serious hurdle to get past the first week, which was severe food poisoning.

Bradley Cooper: That lasted throughout the movie.

Ed Helms: Well, it never fully went away. Maybe I should just leave the rest up to your imagination. Let’s just say my body exploded.

SheKnows: So, how does one take these great characters and the sentiment the audience has for them, and bring them back without repeating yourself? 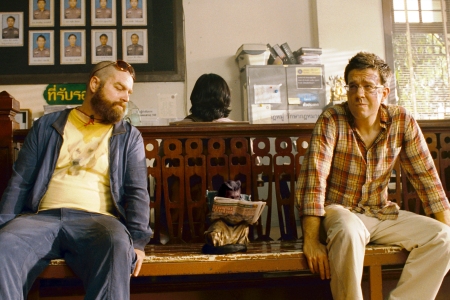 Todd Phillips: I think we were aware that the fun part of the first Hangover for me — obviously the guys are really funny in it and the chemistry and all that — but it’s also a mystery. We didn’t want to lose that investigative element that is present in the first one because I think that keeps people leaning forward on their seat and involved in the story. So it was something we made a conscious decision early on that we were going to stick with that template. We kind of “owned” that template and we were going to embrace it.

SheKnows: What was the biggest appeal to revisiting your characters from the first Hangover?

Bradley Cooper: Well, I think that’s part of the reason why there was so much room for the second one, because there was so much unfinished. You really didn’t get to know the characters. The narrative which was really this mystery, this ticking clock pressing them in the first one — I think the difference between that one and this one is this movie’s more about the dynamic of the three guys and you really get to know them.

Ed Helms: I think the first movie we were defining those characters and discovering them ourselves. They were really kind of more an archetype. When it came time for the second movie, it was very exciting because, just to echo what Bradley said, we were able to add dimension to these characters in a way because we’d already done the homework. You knew who they were — you knew what their relationships were. It just fleshes these guys out. Getting to go to Stu’s dental office, it’s just more layers on these guys that is fun to explore. It’s just onion layers, peeling back is a lot of fun.

Bradley Cooper: It was obviously a conscious decision by Todd to do that because the movie breathes more. There’s more room for it just in terms of the timing of the cuts than the first one. It just has a different musicality to it, this movie. 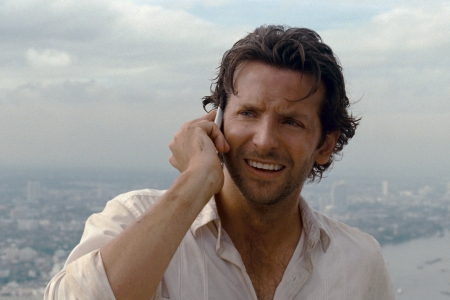 Zach Galifianakis: One of the big differences, I think what these guys had touched on, also the sequel, I think the audience or Todd or we all wanted to see us turning against each other a bit which was fun to watch — it kind of calls for it, for Phil and Stu to clash. Even Phil and I have a relationship where I admire him but he gets mad at me. He’s been real gentle with me in the first one, but this one I think he’s at his wit’s end. That was something new that we explored. To see Alan in his bedroom is really fun.

SheKnows: Zach, do you think your character is a little nuttier this time out?

Zach Galifianakis: Yeah, I think he’s in a lot of mental trouble for the rest of his life, yeah.